Chapter 2 – The Many Helpful Hats of Calcium

Our skeletons used to be considered an inert calcified part of our physiology, that serve to only keep us from collapsing, much like a tent pole. Our bones have always been viewed as different from our pulsating organs and arteries that are actively working to keep us moving.

Maybe that is why bones have not been given the same priority as say, our heart and liver. 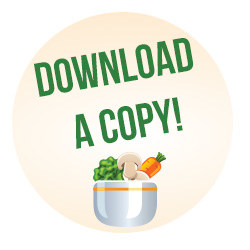 However, due to advances in research, modern medicine has begun to view our skeletal system differently. Scientists have discovered that bone plays a critical role in controlling energy balance, weight, sugar, and metabolism and suggests the skeleton is actually part of the endocrine system.

Dr. Gerard Karsenty, chair of the department of Genetics and Development at Columbia University Medical Center, and senior author of the paper, explained:

“The discovery that our bones are responsible for regulating blood sugar in ways that were not known before completely changes our understanding of the function of the skeleton and uncovers a crucial aspect of energy metabolism.”

The researchers believed that our bone might be involved in metabolism because leptin, involved in the control of bone formation, is also a hormone released by fat cells. So they looked for more molecules that may be communicating between the endocrine system and bone forming cells.

They discovered (using laboratory mice) metabolic processes in which a hormone called osteocalcin (that is released in bone forming cells known as osteoblasts and is known to regulate bone mineralization), also regulates blood sugar and fat deposition.

The research team was able to show that increasing osteocalcin helped prevent the development of obesity and type 2 diabetes in the laboratory mice. (1)

The message from this information is that your bone health influences your overall health and should be given full attention.

Your bones are in a constant state of growth and breakdown. We see the same phenomenon of losing and growing with our skin and hair. Under our skin a perpetual balancing act of formation and resorption (breakdown) is going on with the greatest imbalance being in our youth when growth hugely outpaces resorption. By middle age the balance of new bone creation versus bone loss is roughly equal. After middle age the scale tilts far in favour of more bone loss than formation.

After middle age bone loss outpaces bone growth by about 1% a year. (2)

And there are factors that will even accelerate bone loss beyond 1% per year such as: