The Effects of Magnesium and Why We Need It

The Effects of Magnesium and Why We Need It

Despite magnesium being crucial for overall health, many people aren’t getting enough through their diet. Studies show as much as 68% of the US population are deficient! While other experts think it may be closer to 80%.

Research has shown that magnesium benefits virtually every part of your body. It helps maintain normal muscle and nerve function, keeps your heart rhythm steady, supports a healthy immune system, and keeps your bones strong.

Read further to learn more about this mineral, how it affects your health, and how to get enough through diet and supplementation.

What Are The Effects of Magnesium?

Magnesium is a crucial nutrient that’s responsible for over 300 biochemical reactions in your body. It affects how you feel during the day and regulates mood, weight, heartbeat, sleep, metabolism, and energy. Recent studies suggest that magnesium effects include improving emotional health and supplementation can relieve premenstrual syndrome and depression.

Magnesium works within the cells and has a profound effect on the body. It plays critical roles in stabilization of cell membranes and the creation of protein and nucleic acid (DNA), which are building blocks for the body.

Within the cells, magnesium is responsible for two critically important functions:

Cellular reproduction: Magnesium and potassium are key in the growth and replacement of cells. The cells in your body are constantly being replaced by new cells. Magnesium is crucial in stabilizing a molecule called polyphosphates, which keeps cells stable, and is important in DNA synthesis.

Energy production: Magnesium in your body creates energy by activating adenosine triphosphate (ATP), which is the fundamental unit of energy within the body’s cells. Without enough magnesium, the nutrients that you take in through food and supplements would not be metabolized into energy. A study published in the Journal of Nutrition revealed that low levels of magnesium may disrupt the body’s ability to efficiently use energy stores.

The researchers assessed postmenopausal women during a cycling exercise in relation to the amount of dietary magnesium that they were consuming. The results showed that women who had low magnesium levels had higher oxygen use and higher heart rates during the cycling exercise. This suggests that the women with low levels of magnesium required more oxygen to do the physical task. Ultimately, their bodies were working harder and over time had them feeling more depleted.

For the complete list of magnesium benefits read The Health Benefits of Magnesium.

Magnesium is a macromineral, meaning your body needs it in large amounts. The Recommended Daily Intake (RDI), which is considered the necessary amount you should get per day for overall maintenance and good health, is as follows:

If you are not getting adequate daily magnesium, you may start to experience magnesium deficiency signs and symptoms.

After becoming an adult, the recommended daily intake or RDI (formerly called “recommended daily allowance” or RDA) for magnesium increases until you reach age 31. From then on, your RDI is approximately the same whether you are 32 or 92. The only difference depends on gender. The magnesium RDI for men is slightly higher than the RDI for women:

These are government health department estimates and are based on calculations made for the “amount required to eliminate deficiency,” not the amount needed for optimum health. This means that if you consume more than the RDI from animal or plant sources*, it is even better.

* It should be noted that taking high doses of magnesium-only supplements (not combined with other minerals) can cause diarrhea, nausea, abdominal cramping, and more serious health issues.

Of all the minerals required for healthy bones, calcium has always hogged the spotlight. But as you’ve seen, magnesium is critically important too. Unfortunately, the vast majority of us are not getting enough. Why?

The most common causes of magnesium deficiency include:

Antibiotics might not be well absorbed if taken too soon before or after taking a dietary supplement that contains magnesium, and it may interfere with magnesium’s absorption.

Diuretics can increase the loss of magnesium through urine. Acid reflux drugs, or those taken for peptic ulcers, can cause low levels of magnesium when taken over a long period of time.

High-dose zinc supplements can interfere with the body’s ability to regulate magnesium.

As magnesium deficiency worsens, symptoms include:

How to Test for Magnesium Deficiency

If you have kidney disease, you may not be able to excrete excess amounts of magnesium and you should not consume magnesium supplements unless prescribed by a physician.

The most common causes of magnesium deficiency include: 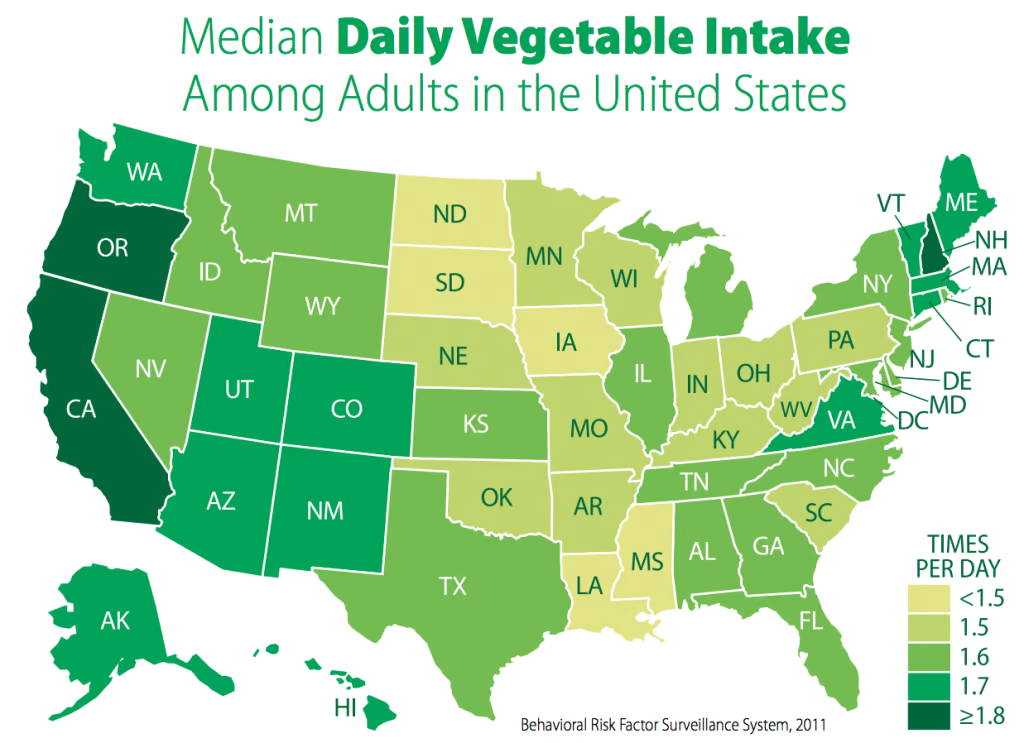 Plus, even if you are eating a variety of fruits and vegetables per day, you may still may not get enough. Continue reading to discover why…

Why Your Diet May Not Provide Adequate Magnesium

In addition to the State Indicator Report on Fruits and Vegetables, the US National Health and Nutrition Examination Survey suggest that substantial numbers of adults in the United States fail to consume recommended amounts of magnesium.

Research done throughout the world shows that the United States RDA for Magnesium is not sufficient to make up for the amount lost in bowel movements and sweat. Aggravating matters more, sports, physical work, mental exertion, competition or other stresses, all increase your magnesium requirements.

The shocking part is amounts actually consumed in American diets is even less than the RDA! The amounts consumed are generally far less than enough to maintain equilibrium in metabolic balance studies. For the majority of people, diet may not be high enough to promote an optimal magnesium status, which may be protective against disorders such as cardiovascular disease and immune dysfunction.

Since the early 1960s, the levels of vitamins and minerals in our produce has diminished dramatically.

You see…our soil quality is rapidly deteriorating. And it’s taking the minerals along with it.

An alarming whitepaper from the Nutrition Security Institute (NSI) revealed the unsettling truth. In the US alone, topsoil is eroding 10 times faster than it’s building up.

That’s only 37 years from now. And if it won’t affect you in your lifetime, certainly your children and grandchildren will feel the fallout.

Why is this happening? NSI reports it’s due to natural erosion, but also the overuse of inorganic nitrogen fertilizers and other harmful farming methods.

The bottom line is, we’ve shot ourselves in the foot by looking to increase crop yields through ways that hurt the soil long-term. The soil can’t hold moisture very well, and thus can’t hold minerals very well.

Here’s what that means to you: While you may be eating a similar diet to what your parents ate, it’s providing you with less of what you need.

Here’s a humbling view of the consequences from the NSI report: 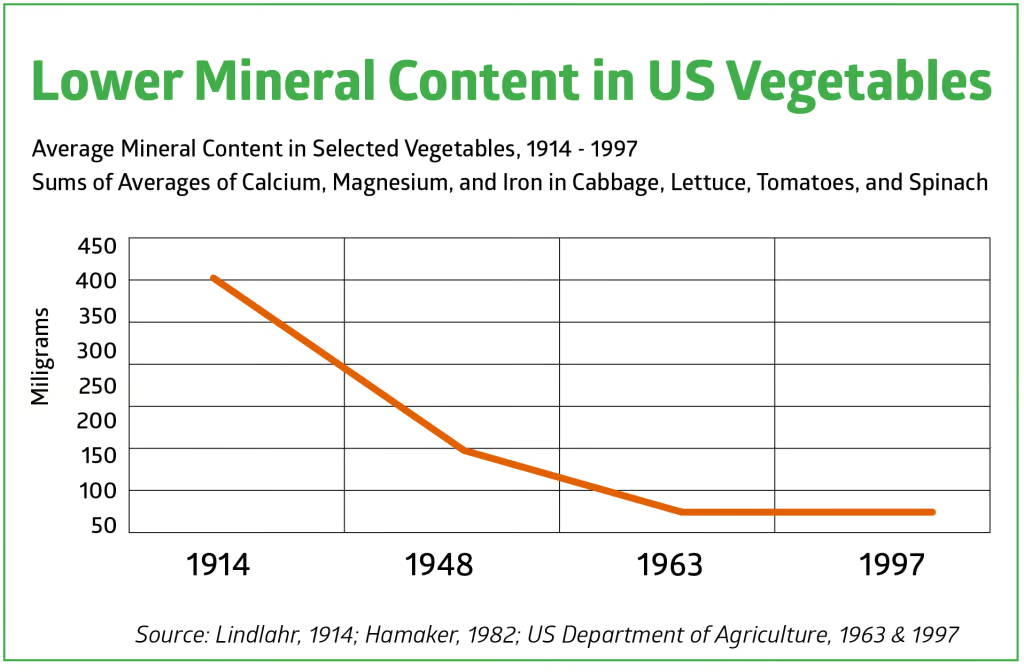 That’s a shocking decrease over the last century.

Your head of lettuce, tomato or spinach has about one-eighth the amount of nutrients it had before (12.5%).

And that means your bones are being robbed of the building blocks they need to stay strong.

So while eating a diet that includes magnesium-rich foods is a good start, it’s not nearly enough to give you the adequate amounts needed for optimal health in most cases.

Should You Be Taking Magnesium Supplements?

Remember, 68% to 80% of the US population is deficient in magnesium!

So with all the important roles that magnesium plays in the body, it’s a good idea to consider magnesium supplementation and regularly eating magnesium-rich foods.

Magnesium supplements will be beneficial for the majority of the population given the high incidence of deficiency, although taken alone, it can cause diarrhea as it is a natural laxative.

A more balanced approach is to take magnesium along with your calcium supplement as the two minerals work together in several ways to maintain balance. It is always best to get any mineral from a food, so we recommend AlgaeCal Plus, a marine algae naturally containing a balance of magnesium, calcium, trace minerals and phytonutrients in a whole food complex.

A daily dose of AlgaeCal Plus contains 350 mg of magnesium per day, which gives you your RDI (the recommended amount to meet nutrient requirements) and is clinically supported to increase bone density. Discover more about AlgaeCal!

Which AlgaeCal is Right For You?
Don’t know where to start? Take our quiz to receive a customized recommendation. Take Our Quiz. 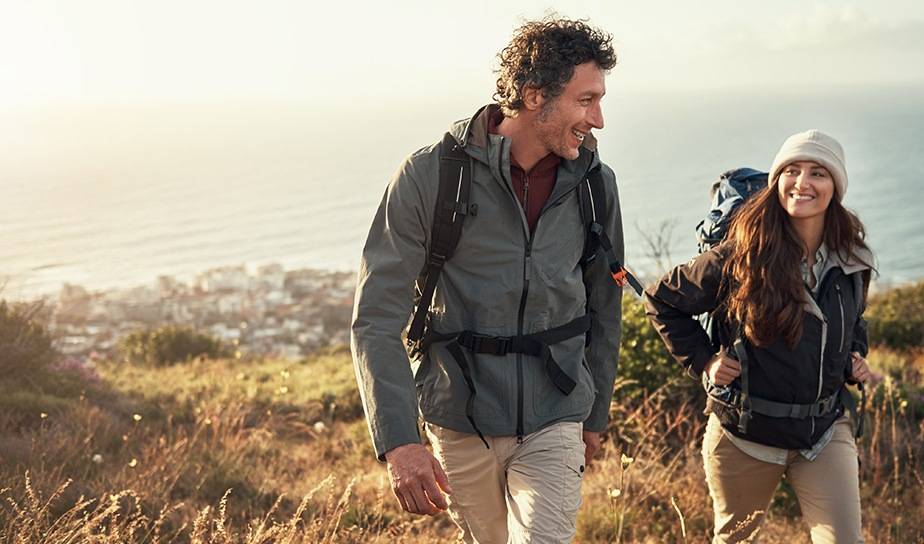 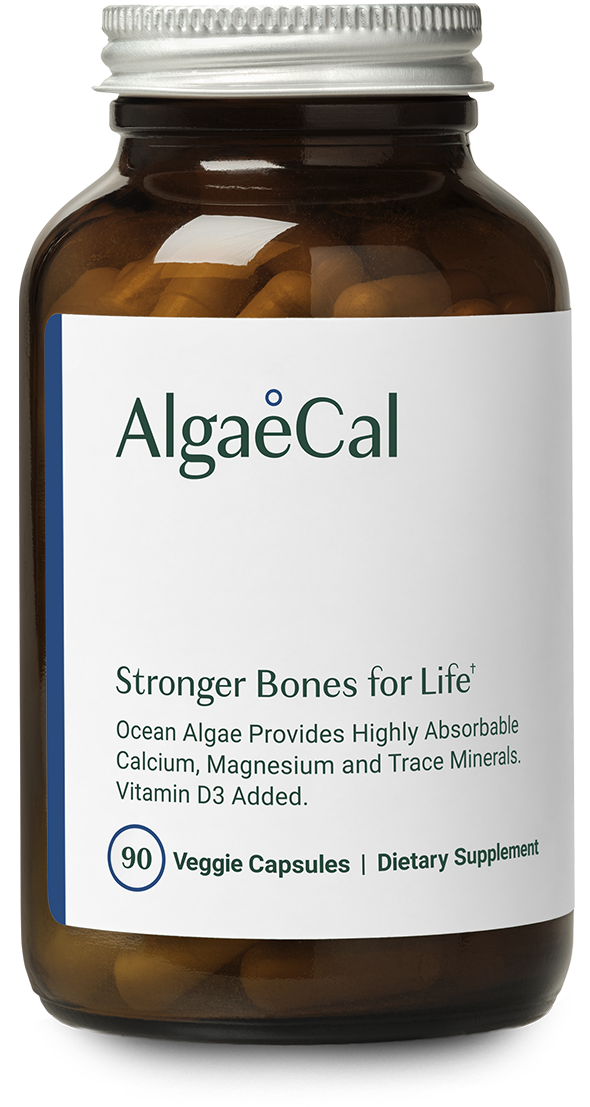 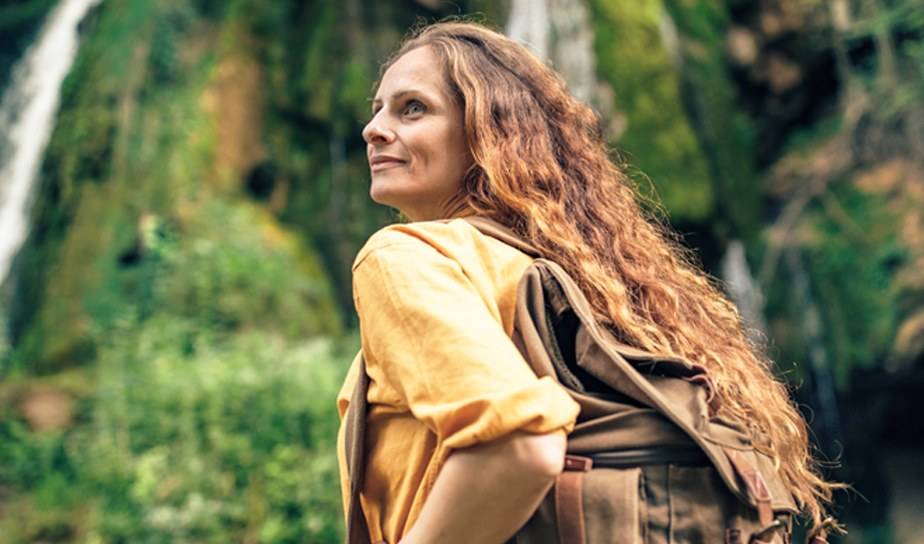 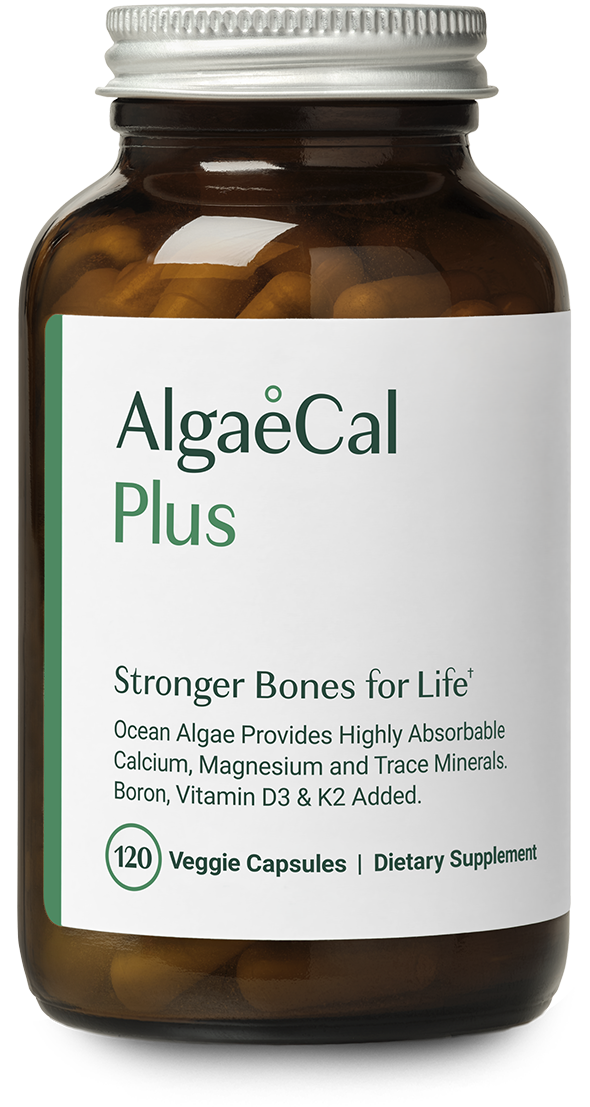 AlgaeCal Plus
Increase Bone Density
Replenish all the nutrients your bones start losing after age 40… and then some. Get visible results via a DEXA scan.
Shop Now 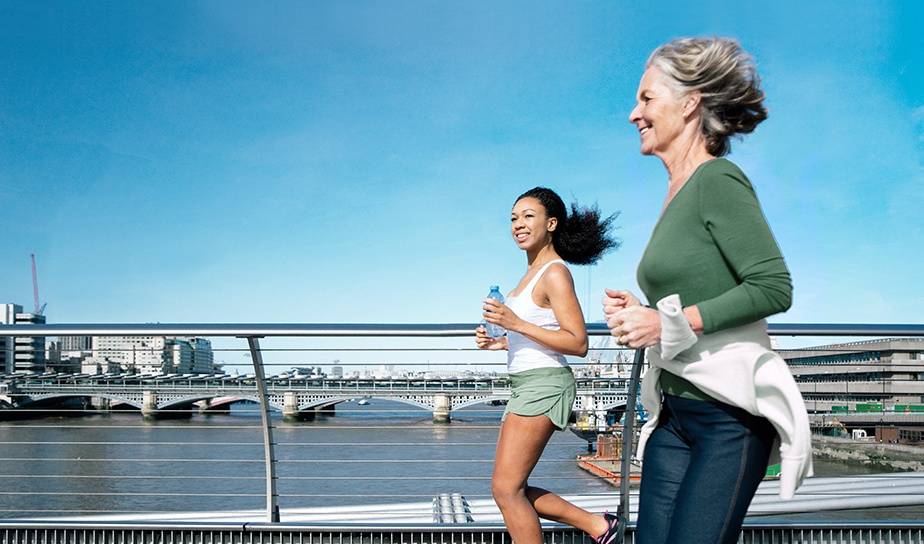 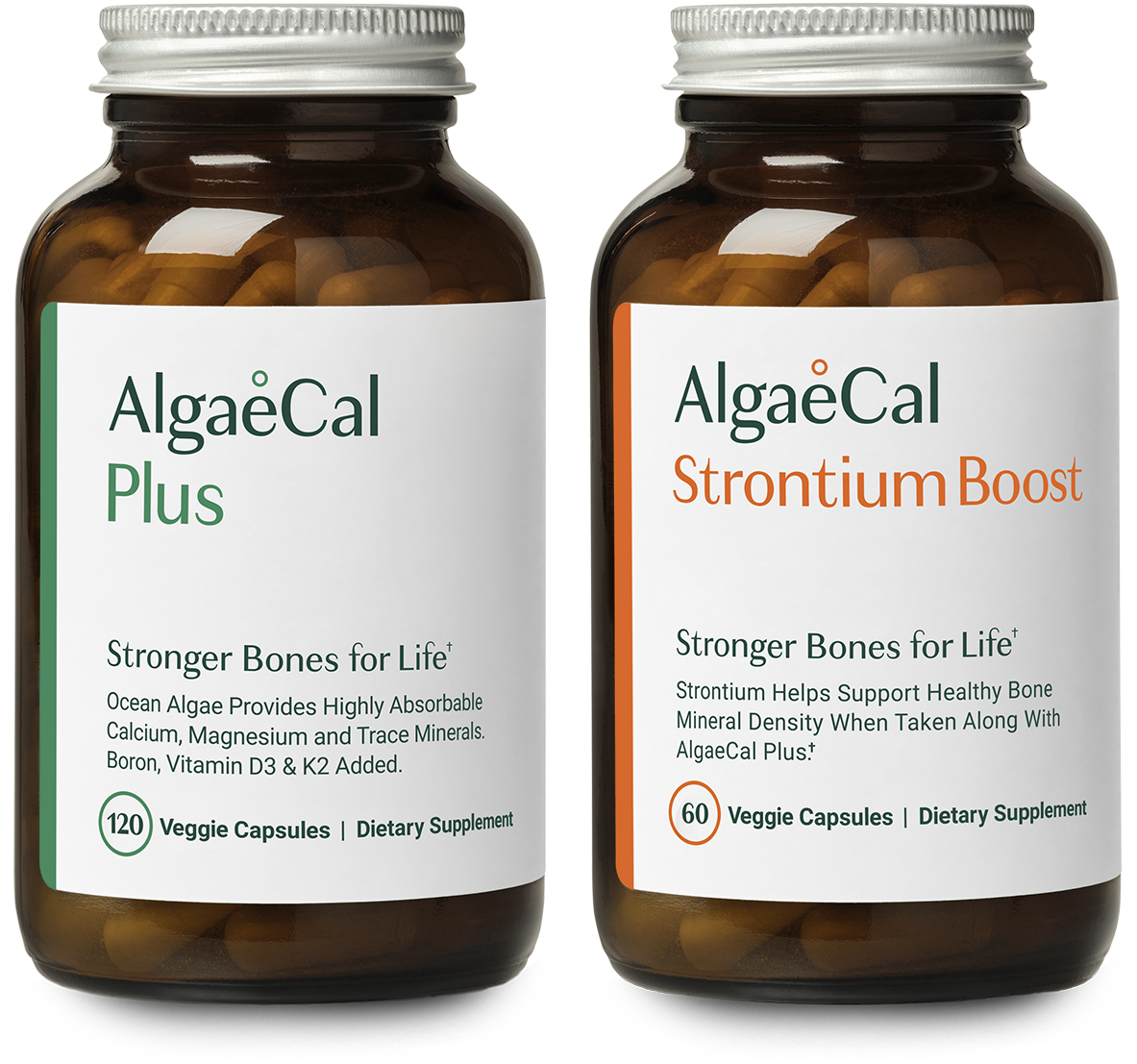