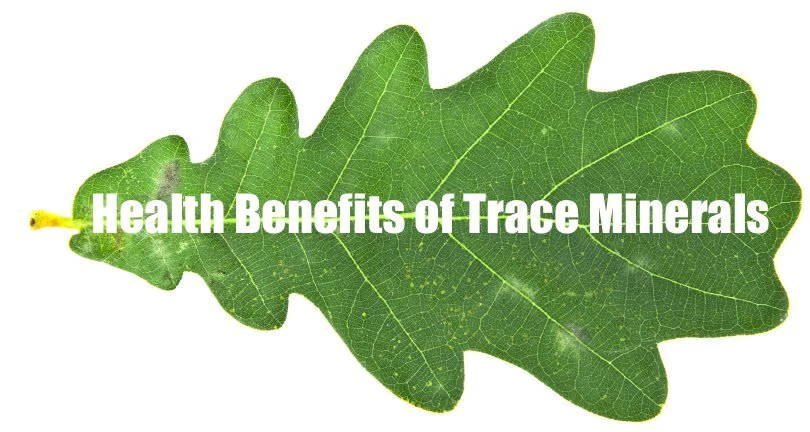 What is a Trace Mineral?

Most of us are familiar with the minerals our bodies need at high levels, such as calcium, magnesium, potassium and sodium. These minerals, because they are needed by our bodies in significant amounts, are called macrominerals. A number of other minerals, required in much smaller levels by our bodies, but no less important to good overall health, are called microminerals, or more commonly trace minerals.14 Trace minerals are usually found at extraordinarily small levels in our bodies, in the parts per million range.1 In spite of the relatively low concentrations of these minerals, scientists are discovering that they play an increasingly vital role in our health, including the health of our bones and joints.1-19

The Benefits of Trace Minerals

A two year, double-blind, placebo controlled trial suggests that bone loss in post-menopausal women can be STOPPED when trace mineral intake is increased!6 The women in the study who took calcium alone only slowed their rates of bone loss. While the mechanisms of how trace minerals function in our bodies may not be entirely known, it is becoming clear that they are necessary for preserving bone mass and for general health as well! There are 60 minerals found in human blood and known to be needed in the diet on a regular basis.15 Human milk also contains 60 minerals, including some, such as nickel and vanadium, that were previously thought to be unimportant.15 Because these minerals are found in our blood and in mothers’ milk our bodies probably have some use for them, even though science has not yet identified the usefulness of each trace mineral!

We Are Losing Nutrients!

It is an astonishing, yet little published fact, that many of our foods don’t contain the same levels of nutrition as they once did.4,10,11,19 The reasons aren’t entirely known, but since the early 1960’s the levels of vitamins and minerals in our produce and meats has dropped significantly.4 Did you know, for example, that broccoli today has only 50% of the calcium it did in 1963?4 The potassium level in beets has dropped by 10% over the same time period, and spinach has 10% less magnesium!4 Going back to the 1930’s, vegetables have lost about half of their sodium and calcium content, a quarter of their iron and 76 percent of their copper content.10 The nutrient levels of fruits has declined significantly with copper, iron, and zinc all falling by up to 27 percent. 10 Other vitamins and minerals have shown a 5 to 35 percent decline in our fruits and vegetables over the past 50 years.11 Some cattle farmers are even finding low levels of trace minerals in our beef and have begun supplementing their animals with minerals obviously lacking in their feed!19 While many of us have never heard about this loss of nutrition, scientists have even given it a name, calling this phenomenon “the dilution effect”. Farmers get paid by the weight and appearance of their product, so they have been focused on growing large, beautiful fruits and vegetables, but the nutritional value has washed out! Clearly our soil isn’t providing the same nutrients to our foods as it once did.

AlgaeCal can help you replace the beneficial trace minerals that are missing from our foods! AlgaeCal naturally contains trace minerals – 13 of which are essential for healthy bones! The addition of vitamin D and trace minerals to a calcium supplement plan has been shown to be an effective way to prevent bone loss and reduce fracture risk in post-menopausal women!5 AlgaeCal Plus contains all the ingredients in the above noted clinical study, PLUS magnesium and vitamin K! AlgaeCal Plus was developed using all of the latest scientific research on bone health, and as such is the most effective bone health and calcium supplement on the market today!

The trace minerals in AlgaeCal are present in a highly bio-available and absorbable form. Unlike minerals found in rock and other inorganic supplements, the minerals in AlgaeCal have become part of the algae plant, bound to amino acids and other building blocks of life. Studies have shown that minerals in this form have higher absorption rates from the intestines.12 Inorganic rock minerals can combine with other compounds to form insoluble blocks that are not absorbed by the gut. And you can’t simply add more inorganic minerals to a supplement to overcome this problem! In fact, studies have shown that doubling the amount of inorganic copper or zinc minerals will depress the overall benefit of the mineral.

AlgaeCal is the clear choice when it comes to bone health supplementation. The highly absorbable trace mineral content of AlgaeCal is just one of many benefits available to you!

Which Trace Minerals Does AlgaeCal Contain?

AlgaeCal contains the following trace minerals which have been shown to have positive effects on bone health!

The Bone Health Benefits of Nickel

Unfortunately there isn’t very much information in the benefits of nickel to our bone health. We do know, however, that if you do not have enough nickel in your diet it can affect the distribution and functioning of other nutrients in the body, including calcium.1 Given the obvious benefit calcium has on our bones, it isn’t difficult to see that maintaining adequate levels of nickel is therefore an important factor in maintaining or building healthy bone!

Plus, even if you are eating a variety of fruits and vegetables per day, you may still may not get enough. Continue reading to discover why…

The Bone Health Benefits of Selenium

Selenium appears to be one of the least understood trace minerals in terms of how it impacts bone and joint health, but studies show that it does appear to have a positive impact.

In a recent study, scientists clipped the toenails of 940 volunteers and measured the amount of selenium in each sample. They also tested the volunteers for incidence of osteoarthritis. They found that the group of volunteers who had osteoarthritis, also had lower levels of selenium in their bodies than the people who didn’t have osteoarthritis. While the scientists are not sure how low levels of selenium contribute to osteoarthritis, they found that for every additional 0.1 parts per million of selenium in the toenails, there was a 15 to 20 percent lower risk of osteoarthritis in the knees!16 In another study, scientists used a blood thinning drug on rabbits to induce conditions of low bone density. Once the rabbits exhibited the signs of bone loss, they were given a combination of vitamins E and C. While these vitamins helped partially prevent further bone loss in the rabbits, once selenium was added to the mix, the rabbits’ bone structure virtually returned to normal!17

The Bone Health Benefits of Vanadium

Vanadium is another trace mineral that we do not understand the role of very well, yet it clearly has an effect on the health of our bones. In research with goats, scientists have noted skeletal deformations in the legs of vanadium deprived goats.1 In in vitro tests on bone cells, vanadate, a compound containing vanadium, has been shown to stimulate bone cell proliferation.1 It was also shown to stimulate collagen (the organic part of bone that provides strength and flexibility) synthesis.

Vanadium has also shown that it helps promote bone health without negative side effects. In a study involving both diabetic and non-diabetic rats, vanadium compounds were shown to increase bone formation without any adverse health effects!18

The Bone Health Benefits of Zinc

The mineral zinc is another metal that helps us maintain bone health. Studies have found zinc to be ESSENTIAL in bone metabolism as a cofactor for specific enzymes, and has been shown effective in increasing the spinal bone mass density of post-menopausal women.2 Appropriate doses of zinc can help prevent bone loss!3 Zinc also plays a role in the activity of osteoblasts in our bodies, the cells that actually build up our bone.5 It aids in the production of collagen, and has also been correlated with low insulin growth factors, something scientist speculate is associated with age related bone loss!5