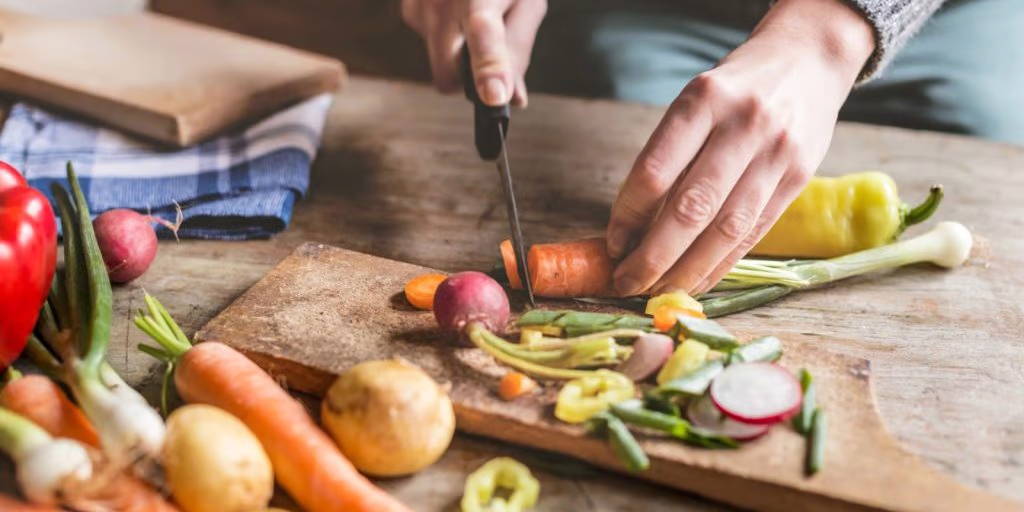 How’s this for a pair of health benefits?

Calcium helps you build strong, healthy bones AND helps you lose that pesky pro-inflammatory belly fat at the same time!

Talk about win-win. But there’s more…

A healthy weight is also a key component of healthy bones in its own right. See, a healthy body weight puts less strain on your joints and skeleton. And it lessens the bone-damaging inflammation obesity can trigger too!

So how does a mineral best known for building and strengthening bone help with weight loss? Well, there are three science-backed findings on calcium’s role in weight loss:

Now, let’s take a closer look at the science behind that trio of findings.

Research shows calcium enhances fat burning. In a one-week study published in the Obesity Research Journal, 10 men and nine women consumed either a low-calcium diet (approximately 500 milligrams of calcium per day) or a high-calcium diet (approximately 1,400 milligrams of calcium per day). At the end of the week, their indicators of calorie burning were measured in a special “calorimeter” room. On that day, their calorie intake was lower than needed to maintain their weight.

This calorie deficit (-600 calories) was only induced for the 24 hours subjects were kept in the calorimeter room. The calorie deficit was achieved with a combination of caloric restriction and exercise.

The results showed a combination of calcium intake, fewer calories, and exercise increased 24-hour fat burning by more than 30%.

The results? All subjects who were consuming 900 milligrams of calcium a day increased their fat burning significantly. And what’s more, they all saw an increase in the loss of belly fat too!

If that weren’t enough already, the loss of belly fat was positively correlated with a dip in parathyroid hormone (PTH). High PTH levels cause calcium to leave your bones and travel to your fat cells. This process triggers the enzyme fatty acid synthase to produce more fat and inhibit its breakdown as a source of energy.

To reinforce the findings of this study, a more recent study produced similar results. Interestingly, this study used calcium with vitamin D too– vitamin D helps your body to absorb the calcium you consume.

This randomized, double-blind study compared the effect of a 15-week weight-loss program on body fat. The sample of the study was sixty-three overweight or obese women with an average age of 43. All of the women consumed less than 800 milligrams of calcium a day before the study began.

The women were randomly assigned to receive 600 milligrams of supplemental calcium with 5 micrograms of vitamin D twice a day, or a placebo.

Women who took the calcium and vitamin D supplement during the study and were consuming less than 600 milligrams of calcium a day before the study saw a significant decrease in body weight and fat mass.

Other research shows consuming calcium-rich foods results in a significantly lower postprandial lipid response. That means less fat appears in the bloodstream after a meal.

In this study, up to 19% fewer triglycerides– fats, either directly absorbed from the food you eat or produced in your body from excess calories you consume, that are carried in your bloodstream–appeared in the bloodstream of subjects consuming calcium-rich dairy foods. In part, that’s because you absorb less fat when calcium is consumed in, or with, a meal.

That’s a lot of research to show calcium helps burn fat! But if you’re at your ideal weight, or even underweight, and are worried about shedding excess pounds with calcium, don’t fret. The research shows that calcium only promotes weight loss in people who are overweight. So taking calcium supplements or getting calcium from your diet won’t trigger unhealthy weight loss if you’re already at a healthy weight.

Humans typically excrete about 2 g of fat in stools each day. But recent studies show calcium can increase that number significantly.

A review and meta analysis of randomized control trials was published in 2009. The results of these studies show increasing calcium intake from 400-500 mg per day (the average amount in a Western diet), to 1241 mg per day increases the amount of fecal fat. On average, the participants in the studies lost 5.2g of fat in their stools!

Researchers are currently investigating exactly how calcium causes us to excrete this extra fat. But here’s what we do know… the increased fat loss due to calcium intake is, in part, because of calcium’s effects on two peptides produced in your digestive tract. These peptides promote the release of insulin from your pancreas. And insulin is the hormone that helps move the glucose (sugar) circulating in your bloodstream into your cells where it’s used for energy production.

The two peptides are called glucose-dependent insulinotropic polypeptide 1–42 and glucagon-like peptide-1 7–36, or GIP and GLP for short. GIP and GLP are secreted by special cells in your gastrointestinal tract.

You see, when calcium concentration in the digestive tract increases, the extracellular calcium-sensing receptor wakes up, prompting the production of GIP and GLP. And when protein is present, the actions of GIP and GLP increase further.

So, when calcium and protein are both present in your digestive tract, they work together to increase the levels of GIP and GLP. This boosts your secretion of insulin and uses the sugar in your bloodstream to produce energy, rather than store them as fat. And it’s so easy to achieve! All you have to do is take your calcium supplement with a meal containing protein.

Plus, when you consume calcium, both GIP and GLP boost lipolysis (the breakdown of fat) too. And calcium decreases fat absorption as well, so you excrete more in your stools.

This is especially important because belly fat is pro-inflammatory. And chronic low-grade inflammation activates osteoclasts and causes bone loss.

Feeling full after a large meal involves more than the physical capacity of your stomach. The vitamins and minerals within that meal all play a role in how long it takes for you to feel hungry again. And calcium plays a starring role…

Each trial was separated by two or more days, but not by more than seven days. Blood samples were collected as a baseline and in 15-minute intervals for an hour after eating. After an hour, participants were given a standardized test meal.

After the high-protein/high-calcium trial, total energy intake (calories consumed) was 3,419 calories. This was the lowest amount of calories consumed in any of the meal variations.

A few months before the publication of this latest study, the same research team reported adding calcium to a mixed macronutrient meal suppressed appetite while also increasing blood levels of insulin in healthy men.

And remember, insulin is the hormone that gets glucose or sugar circulating in your blood stream inside your cells. Here it’s used to produce energy instead of being stored as fat. Remember that GIP and GLP increase insulin secretion and decrease the sensation for appetite, too. So taking calcium with a meal resulted in a 47% increase in GIP, a 22% increase in GLP, and a 19% increase in insulin for three hours following the meal. What’s more, taking calcium with the meal lessened hunger sensations by 12%.

In another study, obese female participants who were consuming less than 600 milligrams of calcium daily before the trial took supplements of calcium and vitamin D for 15 weeks. The test participants lost far more body weight and fat compared to women who were given a placebo. In fact, the women taking calcium and vitamin D lost 9.68 lbs more. And these changes in body fat mass represented a loss of 32,000 calories!

The spectacular results led the researchers to believe supplementation with calcium and vitamin D improves fat oxidation — burning fat for energy. And this explanation, which is now widely accepted, is referred to in the research as “The Calcium Paradox.”

The Calcium Paradox once referred to high-dairy consumption regions (North America and Europe) having the highest occurrence of osteoporosis despite their higher calcium intake. In more recent years, the term has been adopted to reference calcium and vitamin D’s role in fat oxidation.

How to Maximize Calcium’s Fat-Burning Effect

So that’s the science behind calcium and weight loss. But what’s the best way to incorporate it into your diet?

Research shows higher calcium and vitamin D intake at breakfast increases the rate fat is burned over the course of the next two meals. It also reduces “spontaneous energy intake” (how much food you eat) in the subsequent 24 hour period.

The subjects in this study included 11 people whose average age was 54, with an average BMI of 31. A BMI of 31 puts most people in the overweight/obese range.

The experiment was to compare the effects on these subjects of a low-calcium meal and a high-calcium meal. Both of which provided an equal amount of calories. Fat burning rates and feelings of hunger or fullness were measured before both types of meals and then every hour for the following eight hours.

After the meals, a buffet was provided. Subjects were told to eat when hungry and to eat as much as they wanted. Their spontaneous food consumption was recorded over the following 30 hours.

After the high-calcium and vitamin D meal, fat burning went up and trips to the buffet went down compared to the low-calcium meal. In the 24-hour period after the high calcium and vitamin D meal, subjects consumed far fewer calories, and fat kept burning at a higher rate. This further reinforces calcium’s connection to fat burning and feelings of satiation. Particularly when calcium is taken with breakfast.

But here’s the thing; getting enough calcium from your diet alone can be tough. That’s why calcium supplements are a great way to reach your dietary allowance and reap those weight-loss benefits too– if you choose the right one.

AlgaeCal Plus is a plant-based calcium supplement (so there are no side effects) that provides 720 mg of calcium per serving, plus all 12 of the other essential bone-supporting nutrients. Talk about win-win.