The Secrets of Vitamin K for Osteoporosis

Calcium, magnesium, and vitamin D are often talked about when it comes to bone health, but what about vitamin K?

Research over the last decade has found that in addition to vitamin K’s blood clotting factors, it also plays a role in bone metabolism and protection against osteoporosis.

You see, vitamin K is required for the gamma-carboxylation of osteocalcin (also known as Gla protein). This Gla protein is a calcium-binding protein produced by osteoblasts (these are bone-building cells).

On top of that, vitamin K also works with vitamin D. They work synergistically to regulate osteoclasts (these are the cells that remove bone) so that new bone can be put where it needs to be.

The Two Forms of Vitamin K And Why You Need Them

We’re talking about Vitamin K in both its forms, K1 and K2. K1 and K2 plays a number of critical roles in your bones’ health.

When you get too little K1 from your diet, your inflammation goes up, and anything that promotes inflammation will also lead to excessive osteoclast activation and bone loss. Remember, the osteoclasts are the specialized cells in our bodies that break down old bone so that it can be replaced with new bone. But when they get activated too frequently, we lose too much bone to replace it quickly enough.

Too little K1 will result in inflammation occurring in your body, and when your body is inflamed, even a chronic low grade inflammation, your osteoclasts are activated and this promotes bone loss. Both Vitamin K1 and K2 are the co-factors for very different but very important enzymes. Without K1 and K2 inserted into these enzymes, they don’t work, and when they don’t work they’re unable to activate some very important proteins. So those don’t work either.

The biochemistry is pretty complicated, but you don’t have to know all the steps involved to understand that:

*There are three forms of vitamin K, the third being vitamin K3 (menadione). It is found preformed in food but in insignificant amounts. There is limited quality research on the role of these smalls amount of K3 in food on health.

One of these proteins called osteocalcin pulls calcium into our bones and another called matrix-Gla protein actively prevents calcium from depositing in soft tissues, not only our arterie 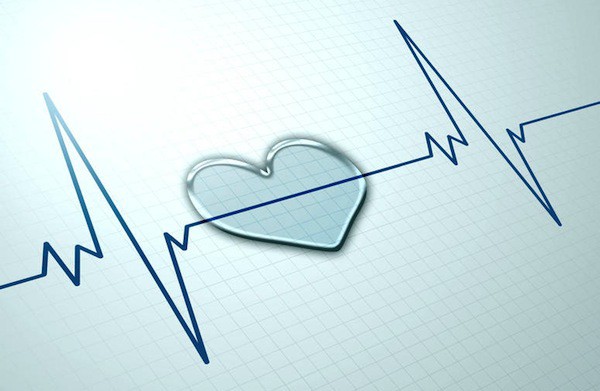 s and hearts but our kidneys, breasts, and brain where we certainly don’t want calcium deposits. The latest research is actually even showing on its animal studies still, but it’s showing, that Vitamin K2 can even remove calcium that is already deposited in the cardiovascular system. So too little K2 can result in calcium depositing where we don’t want it in soft tissue, like our blood vessels instead of in our bones.

You may remember back in 2011 hearing results from an analysis of the data from the Women’s Health Initiative study that taking calcium and Vitamin D might actually even increase your risk for having a heart attack.

When this paper was published, it initiated a press feeding frenzy, and lots of articles came out and scared a lot of us from taking enough calcium and Vitamin D that we needed to have healthy bones.

What was really going on here?

Well, we certainly have to have calcium and Vitamin D. We have to have Vitamin D to absorb the calcium. So obviously there was some other factor that was missing, and now just from listening to the few things I have explained to you about Vitamin K, you know that Vitamin K2 activates the proteins that are responsible for regulating where calcium goes, putting it into bone and preventing it from depositing in our hearts or arteries. So you, unlike the doctors who conducted this study, can probably figure out what was wrong.

The women in this study were not taking Vitamin K2, they were only taking calcium and Vitamin D.

So the calcium that they were absorbing was not being regulated into where it was going. It’s not surprising that it could have caused problems.

Not only does Vitamin K2 regulate where calcium goes in your body, but Vitamin K2 and Vitamin D work together, they’re a team.

Our bodies come pre-programmed to keep us healthy. Your body knows automatically that Vitamin D will only increase your absorption of calcium but do nothing to regulate where that calcium goes. Your body knows that that is the job of Vitamin D’s partner, K2. Your body is pre-programmed for this partnership. When you take Vitamin D, your body automatically produces more of the Vitamin K dependent proteins, osteocalcin and matrix-Gla protein, so that the increased calcium you will be absorbing is going to be put in the right place.

This, however, can only happen when you provide your body, not only with calcium and Vitamin D, but with the K2 that it has to have to activate ostecalcin and matrix-Gla protein. So that’s the quick overview. To have healthy bones, we must have Vitamin K, and we need it in both its forms, K1 and K2.

In our next video we’ll start talking in detail about Vitamin K1 and all the ways in which it helps us to have healthy bones. And we’ll also discuss what happens when we don’t get enough Vitamin K1. Thanks for tuning in. I hope this has been helpful for you.

So as we discussed above,  the different types of Vitamin K2, MK7 and MK4, are handled differently by our bodies. MK4 is cleared from the body within a matter of six to eight hours while MK7 remains active in the body for several days. And, therefore, when it’s taken daily, MK7 accumulates to provide a constant reserve of available K2. For the vast majority of individuals, this is great.

We want to have enough K2 around all the time to be sure that we can activate the Vitamin K dependent proteins that are so critical for healthy bones, osteocalcin, which puts calcium into our bones and matrix gla protein which prevents calcium from depositing where we don’t want it, in our vasculature, arteries, heart, breasts, brain, and kidneys.

However, for a very small number of us the MK7 form of Vitamin K2 might cause trouble sleeping and here’s why.

You may be familiar with another nutrient that we’ve long known plays a leading role in ferrying electrons along the electron transport chain in the mitochondria in cells throughout our body. This nutrient is called Coenzyme Q10 and we may have heard it mentioned in the news. So Vitamin K2 is doing a similar job as CoQ10, and CoQ10’s supply is especially important in two areas of the body that work the hardest, our hearts and our brains.

Why does K2 improve energy production specifically in our brain cells?

Well, the theory is that because our brain cells are so highly active and thus use up more energy than any other cells in our body, through evolution we’ve developed extra fail-safe ways to be sure that our brain cells are getting adequate energy. The use of Vitamin K2 to move electrons along the electron transport chain in the mitochondria, is one such brain energy production insurance mechanism that allows these tiny energy production factories, the mitochondria, in our brain cells to produce more energy for us more quickly.

It’s possible that in those with genetic inheritance results in their keeping Vitamin K2 around longer. MK7 form of K2 could accumulate in their brain cells where its effect of optimizing energy production might be stimulating enough to impair their ability to tune down and sleep. Now this is just speculation today, but you can be sure that I’m going to be following the Vitamin K research closely for new developments in this area.

The Best Sources of Vitamin K

As we have discussed, vitamin K1 in its natural form is plant-based. The best natural sources of K1 are the following: 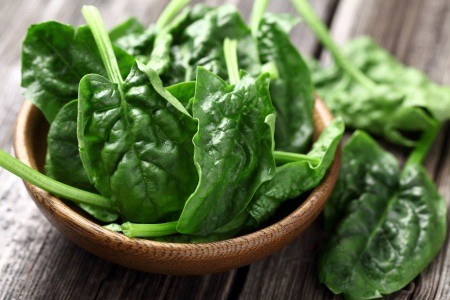 Vitamin K2 food sources are the following (in small amounts):

But there is one food source of vitamin K2 that is very significant, but not common in the Western diet – and that is:

Safety And Risks of Vitamin K

Vitamin K is best known for its blood clotting factors. If you have been prescribed an anticoagulant (blood thinner) you should consult with your doctor about taking vitamin K supplements. Even including foods rich in vitamin K to your diet should be monitored and restricted. For more on why, click here.