Essential Trace Minerals and Mineral Deficiency Explained by Dr Robert Thompson M.D. – Watch this video to find out why everyone needs to supplement in order to obtain the minerals our body needs!

We have a health crisis that’s been determined by the Surgeon General of the United States with regards to our bones and the lack of minerals that exists. We’ve also known for over 70 years that the agricultural mineral content of our soil has been severely depleted and it’s gotten worse over the decades as we’ve over-fertilized, over-farmed, not rested the soil, and not subjected our land to natural flooding, which certainly redistributes minerals. This process and the fact that our foods are very rarely vine-ripened, which is a huge aspect with regards to mineral absorption; 80% of the minerals are absorbed into the fruits and vegetables during vine ripening. If vine-ripening doesn’t occur, the deficiency of nutrients in our food is huge. This has created, I think, a huge health crisis to the point that I think it’s impossible for us to achieve nutrition through eating to be healthy. I think it’s very easy to eat to be unhealthy. However, to eat to be healthy requires supplementation with trace minerals
and whole food vitamins.

One of the best examples I’ve seen in the literature of mineral deficiencies in our food came out of Rutger’s University in 1999, where they basically shopped. They went to the store and they bought produce. They went to a local organic farm and picked out vine-ripened produce, and they did a mineral analysis of the produce and statistical comparisons, and things like that. The first thing that was really apparent by that study was of those 10 minerals that they looked for . . . they didn’t look for all of them, which they could have, but they only looked for 10. 5 of those minerals that they looked for are essential for the fruits and vegetables to produce vitamins.

For instance, if you have a fruit that’s not vine-ripened and there’s no copper in that fruit, there’s no vitamin C because the vitamin C molecule requires at least 5 copper ions. They looked at these trace minerals. Of these trace minerals in store-bought produce; first of all, they only contained 15% of the mineral content of the organic vine-ripened produce. Of the trace minerals, 5 of those 10 trace minerals were completely absent, which means there was no vitamins whatsoever in any of that store-bought produce due to lack of vine-ripening and lack of mineral content. I don’t know if they realize the significance of what they did and what they presented in their information, because you didn’t hear much about that on the evening news, and yet, that should have been a red flag for all of us, that we need to supplement.

“Your Food Does Not Provide Essential Trace Minerals”
This is totally correct!

To learn the real deal type “dr wallach” into Youtube, watch his vids and learn 😉

I just read the book Calcium Lie and also the book the Vitamin K2 and the Calcium Paradox. I am wondering why we don’t read this in the mainstream newspaper statewide. I understand you practiced here in Hawaii. I appreciate if you recommend an integrative or holistic medical practitioner here in Oahu, Hawaii. Thank you! Aloha, Dan Perlas, MD

I thank you for your efforts to provide valuable information,we will keep appreciating. 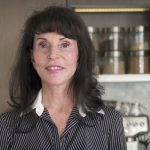 Lara Pizzorno is the author of “Your Bones: How You Can Prevent Osteoporosis and Have Strong Bones for Life – Naturally” and a member of the American Medical Writers Association with 29 years…
read more > 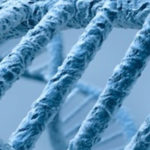 New Gene Could Be Part Of The Osteoporosis Equation