Coca-Cola is not a health company. We all know that.

But did you know Coca-Cola has paid athletic groups, disease foundations, university researchers and health research institutions over $118 million in the last 5 years?

And let me tell you, it’s not for charitable reasons…

Why Coke is Paying The People You Trust To Promote Sugar 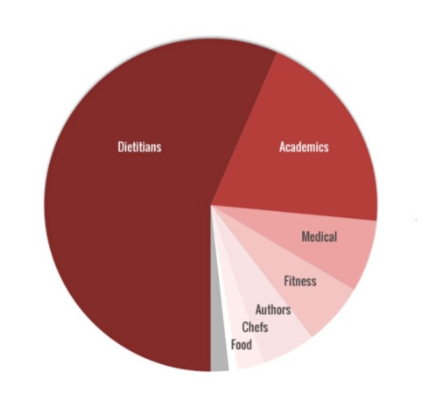 It wants us (your family, friends, children, and grandchildren) to continue buying sugary drinks.

Coca-Cola admitted to funding 115 people in the last 5 years. Here’s how they breakdown:

Now even though Coca-Cola doesn’t directly say what they are paying for all the influencers put a positive spin on sugar consumption in their communications. Connect the dots my friends.

Many of the dietitians that are funded by Coke have reach. They are on TV segments, run their own food blogs and write health articles.

Robyn Flynse, one of the dietitians who wrote one of Coca-Cola’s sponsored posts admitted that even if she wasn’t paid, she would still recommend mini-cans of coke.

“I absolutely think that I provided valuable information,” she said. (Major face-palm!)

Coca-Cola wants to push the idea that sugar isn’t the issue. It’s lack of exercise.

They received $4 million in funding from Coca-Cola.  Their research promotes the idea that you need to exercise more and worry less about calorie-cutting.

You can visit their website (gebn.org)* where they explain that it’s not sugary drinks or fast food that are driving obesity. It’s much simpler than that.

In other words, it doesn’t matter what you eat. Just that you are balancing your diet with the right amount of exercise. (Energy consumed must equal energy expended)

But we know that’s not true…

How We Know Diet and Exercise are BOTH Important

A gold standard 12-month randomized, controlled clinical trial tested exercise effect on the weight and body composition of 102 men and 100 women. Participants were overweight, sedentary adults ranging from 40 to 75 years of age.

Researchers put them on an intense exercise program, but gave no recommendations about changing their diets. To ensure compliance, participants were checked regularly to confirm that they were exercising five to six hours a week. (More than double than what is recommended by U.S. federal guidelines.)

This study (and others like it) shows that to lose weight you need to change your eating/drinking habits.

On top of that, several new studies have concluded that sugary drinks are even worse than high sugar foods for fat gain.

Both exercise and diet are important.  But my own experience is that weight loss is influenced 80% by diet and only 20% by exercise. And the quality of the foods you eat is important. Even though Coke may say otherwise.

*Update for gebn.org: On November 30, 2015, the group announced on its website that it would discontinue operations immediately after receiving major criticism and backlash.