If you’re reading this, it’s because you have, or are worried about having brittle porous bones. And that’s where vanadium for bone health comes in, because a common fracture from osteoporosis will quickly rob you of the mobility that is so necessary, especially in the later stages of life.

In fact, the 6 month mortality rate from osteoporosis, and the complications that result is 13.5%! [1]

Know that your body is constantly in the process of creating and losing bone (as well as nails, skin, hair etc). But once past middle age you lose more than you create, which leads to osteoporosis – unless you are vigilant about replenishing minerals like vanadium.

But take comfort that getting correct, optimal amounts of certain trace minerals, along with calcium, (and vitamin D) can truly help. Because these are exactly what your bones are made of, so you must regularly replace these ‘building blocks’, to ensure strength and mobility for as long as possible.

Though overshadowed by other more studied trace minerals like manganese and silica, vanadium has shown itself to be invaluable in supporting bone health.

Discovered in 1801, it was named after the Norse Goddess of beauty and luster, Vanadís, because of the many beautifully colored chemical compounds it produces.

However, maybe it should have been named after Nike, the Goddess of strength, because that is the real benefit of vanadium.

“A Model T For Everyone” – But Not without Vanadium

It’s hard to really comprehend that a mineral that is used to strengthen the chassis of automobiles (it was integral to the success of the ‘Model T’) and power tools, is something we willfully ingest. But we do, and should. Because it’s believed that in the same way vanadium strengthens metal, it also does so with your bones.
You take in vanadium every time you eat shellfish, grains, mushrooms, spinach, beer and wine; and every time you spice your food with black pepper, parsley and dill seed.

But it is in very small amounts in these foods. As well, we apparently only absorb 5% of the vanadium we do get in our diet.

Look To the Sea

Traditional rock based calcium products (that lack any extra minerals) statistically only slow your bone loss. This shouldn’t be surprising, given what we now know about the importance of getting trace minerals – like vanadium on a regular basis.

The University of Pittsburgh Medical Center has stated ‘vanadium may help in treating or preventing osteoporosis’.

Adding to the heap of evidence, The University of Maryland Medical Center notes another likely perk of taking supplements with vanadium is protecting against colon cancer. They also write that vanadium helps to lower total and LDL, or “bad cholesterol”. [4]

You can see that vanadium is behind quite an important list of health issues, so it’s best not to come up short.

But it’s very challenging to get appropriate amounts in your daily diet: the intake of vanadium from normal food is estimated to be of the order of 10-60 mcg/day [3] – whereas a maximum intake level of 1.8 mg vanadium/day for adults is recommended by FNB. [5]

However, it is easy to do with supplements made from Lithothamnion superpositum (or Algas Calcareas as the locals call it), as a daily serving provides approximately 180 mcg of vanadium.

Your body is your vehicle for the road of life, and this amount of vanadium will ensure your bones withstand all its bumps and bruises. 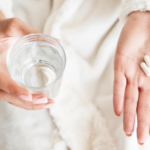 Common Prescription Drugs That Cause Osteoporosis

Prescription drug use is one of the leading causes of osteoporosis. Author of Your Bones, Lara Pizzorno, looks at new research into drugs that are prescribed to millions, and the shocking damage they…
read more > 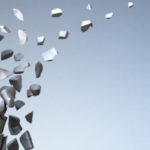 What is pathophysiology of osteoporosis? We discuss the bone remodeling process, chronic inflammation and how it promotes bone loss.
read more >