Recently we asked Lara if she would help us provide a series of short, ongoing videos to help you (our customers and readers) stay up to date on the latest facts and science related to bone health.

In this latest video, Lara discusses the two different types of vitamin K2, what their roles are and what one you should be supplementing with. Watch the video below (or read the transcript provided) and let us know what you think in the comments. 🙂

Hello, my name’s Lara Pizzorno. I’m the author of “Your Bones,” and I’m here to share information with you that I hope will help you to have healthier bones. In this video, I would like to talk with you about the different types of vitamin K2 and why you most likely are going to want to be taking a supplement that provides you with the MK7 form of K2 rather than the MK4 version.

In our last video, we talked about food sources of vitamin K2, namely that there’s only one food, a Japanese fermented soybean product called natto, that contains vitamin K2 in amounts great enough to make a real difference to your bones. So to get the vitamin K2 that we need for optimal bone health, we really need to take a supplement. 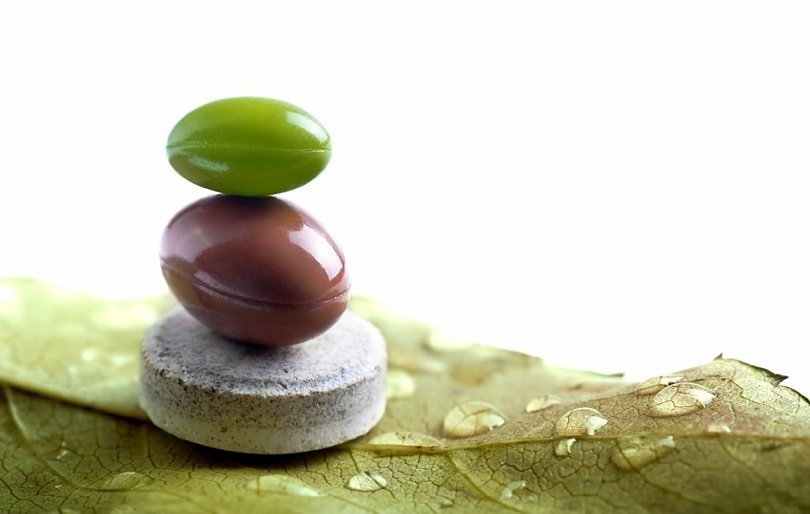 You can understand why your body handles MK4 and MK7, by looking at the chemical structure of each form. As I’ve mentioned in earlier videos in the series on vitamin K, the family of nutrients that are known as the menaquinones or vitamin K2 come in various sizes, or to be more precise, lengths. All of the menaquinones share a common chemical structure called a quinone ring and to this common structure, each of the menaquinones adds a number of side chains. And the number of side chains determines how this form of K2 is going to be handled by your body, and how long it will remain active in your body.

The two menaquinones that are most commonly present in certain foods in humans and in supplements are:

The menaquinone 4 version of vitamin K2 looks almost identical to vitamin K1 or phylloquinone that we get from leafy greens. Both MK4 and vitamin K1 have a four part side chain.

In vitamin K1, these parts are linked together with single bonds and in vitamin MK4, they’re linked together with double bonds, but otherwise, they look exactly alike and not surprisingly since their construction is so similar, they are handled by the body in a very similar way. All forms of vitamin K, both the K1 and all the K2 forms are absorbed in the small intestine. And then they are sent by the portal vein to the liver but once they get to the liver, K1 and the MK4 forms are treated very differently from the MK7 and other long chain menaquinone forms.

K1 and MK4 are first preferentially used to activate blood clotting proteins in the liver, so that if you get a paper cut, you don’t bleed to death.

If any extra is left over, both the K1 and MK4 forms get packaged inside triglycerides, and they are sent out into the blood stream with triglycerides as their carrier. Now, triglycerides are tiny little lipid or fat packages that contain three fatty acids stuck onto a glycerol backbone to make the molecule. And they’re very easy to break down, and their fat is either quickly used for fuel or stored in adipose tissue as fat.

Regardless of whether they are broken down to be used to produce energy or stored as fat, triglycerides and the vitamin K1 or MK4 that they contain, get cleared from your bloodstream within six to eight hours maximum. In contrast, the MK7 form and the other longer chain menaquinone forms of vitamin K2 are handled very differently. The long chain menaquinones like MK7 also get absorbed in the small intestine, and they get sent via the other portal vein to the liver, but once they get there MK7 gets put inside LDL cholesterol before being sent out into your bloodstream.

Unlike triglyceride, cholesterol is going to circulate in your bloodstream for several days before it gets cleared. So MK7 has a much longer half-life in your body than K1 or MK4. The half-life of both K1 and MK4 is just six to eight hours while that of MK7 is 96 hours or almost four days.

I know this is a bit complicated, but…

This means that when you take MK7 every day, you’re going to build up and maintain a very steady supply and a reserve of MK7 that enables you to continuously activate osteocalcin that puts calcium into your bones and matrix-gla protein that you need to have on hand to prevent calcium from depositing in your arteries, kidneys, brains or breasts. And this is going to remain stable in your system, whereas when you use MK4 it’s going to clear within six to eight hours and you are not going to build up a reserve.

MK7’s much longer availability is the reason why you can take a very small dose of MK7 and can still optimize your body’s ability to activate osteocalcin and matrix-gla protein.

You can take a dose as low as just 100 micrograms a day of MK7 and accomplish this. And this is an amount of nutrients that could be supplied easily by your diet if you ate natto. Instead of the very large dose that you would need to consume of MK4, a dose of 15 milligrams or 15,000 micrograms every six to eight hours.

You couldn’t possibly consume this much MK4, 45 milligrams a day, from your diet, and it would be physically impossible to ingest that amount of food. But MK4 has only been shown to provide benefit for people with osteopenia or osteoporosis at a dose of 45 milligrams a day or 15 milligrams every six to eight hours.

In addition to the difficulty of having to take 15 milligrams of MK4 every six to eight hours because it will quickly be cleared from your body, blood levels of the MK4 form of vitamin K2 will necessarily not stay steady but they are going to fluctuate. They would be dropping two low to activate osteocalcin and matrix-gla protein particularly should you miss a dose or when you are sleeping through the night.

And this is yet another reason that I would personally be wary of taking the huge and unnaturally large doses of MK4 that are required to promote bone health. And I prefer to rely on the small dose of MK7 that is needed to activate osteocalcin and matrix-gla protein and promote healthy bones. Nevertheless, a very small percentage of us do better on MK4. And I will explain why in the next video. I hope this one has been of interest and has been helpful to you, and thank you so much for tuning in.

Hi Monica…yes I neglected to mention I exercise every other day at the gym doing weight bearing exercise and walking, swimming, etc. thank you for the telephone number and your reply.

Thank you for this. I have tried many brands of MK-7 and cannot tolerate any of them, I get nauseous with diarrhea. So, I am taking MK-4 instead. I also eat a lot of fresh veggies, magnesium, strontium and alaecal. I can’t eat Natto or even soy and am hypothyroid. I am taking 10mg testosterone 3x week. I am eating a slice of Gouda every day and trying to eat more eggs every week.Is this enough or am I missing out in something?

It seems like you are on the right track by eating a lot of veggies, magnesium, strontium and taking AlgaeCal. Are you also incorporating regular exercise into your bone health regimen?

If you’d like to call in and discuss your bone health regimen further (such as exercise, additional nutrients, omega 3s) please do! You can call in toll free USA and Canada: 1-800-820-0184.

Thanks for clarifying this important topic, Lara!