They say ‘life is too short to drink bad wine’, and it rings truer the older we get. Because only aging shows us how our time is fleeting, finite and thus should be highly valued.
But why don’t we apply the same logic to the foods that we eat? Isn’t life also too short to eat bad food?

Case in point: today’s beef. Although the steak you find in a supermarket in the U.S. is presented as ‘Grade AAA’ mouthwatering good, there are many remarkable reasons I will share with you explaining why this is false, and simply opportunistic marketing.

The truth is there are many different quality types of beef – so read on and I’ll explain how we are generally offered questionable grade, even when it says “AAA” on it.

See, only after carefully studying what really goes on to get a T Bone to your plate did I develop a beef with modern beef. You’ll see how the journey of a steak from farm to fork is now completely different from tradition. And why the end product that ends up in your stomach is radically different from the good ol’ days.

If you really believe that we are what we eat, it behooves you (no pun intended) to learn how your beef is made. You will be surprised.

Cows are ruminant by nature, meaning they evolved to graze for, then eat and digest grass. But several decades ago farmers started to feed them corn instead, due to sudden massive surpluses of the golden grain.

America in the 40s was teeming with mountains of extra corn due to new drought resistant hybrids that increased yields of this already highly prolific plant. So it was a newfound cheaper way to feed the cows.
And once it was discovered it fattened them up quicker to boot, there was no looking back.

Just 75 years ago, a cow reached 1,200 pounds in 4 to 5 years. (1) These days a farmer can get their cattle to the same weight in one quarter of the time, in large part due to a corn diet. It seemed like a win-win scenario, because it made steak affordable for everyone, and not just on a Sunday night either.

But other questionable tricks were required to pull off this Frankenstein like feat.

Foisting corn on cows was the first step, yet growth hormone was mandatory to affordably put a prime rib on every plate, and so was approved by the U.S. in 1954.

Hormones allowed the cattle farmers a huge increase in production for little cost, and the end consumers also benefitted with cheap beef. They celebrated by making it an almost everyday part of the diet.

Is There A Price To Pay?

The explosion of growth hormone, necessary to put burgers on every barbeque, has come at a price. Ever find yourself saying “gee, kids grow up so quickly these days”? Well you are not imagining it.

Scientists say hormones (presently six anabolic steroids are added to U.S. and Canadian cattle feed) contribute to the buildup of estrogenic compounds in the environment, which could account for the early onset of puberty, along with falling sperm count in boys and premature maturation in girls. (2)

Corn feed plus growth hormones is a now established fattening formula that has allowed the U.S. to consume meat at more than three times the global average (3) and double to triple the amount our distant American ancestors did. It is almost unanimous that this huge increase has not helped our coronary health. 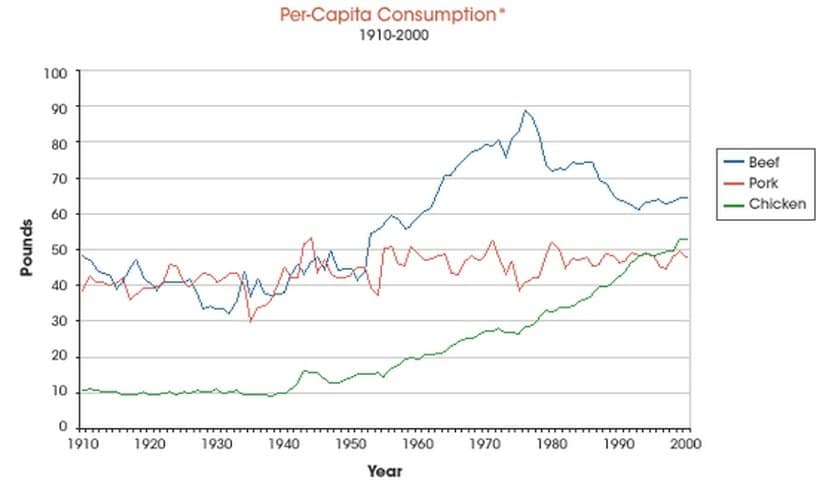 The Price of Playing With Nature

To enable and expand upon this new found formula of bovine growth, most U.S. farmers were encouraged to grow corn exclusively. The breadbasket of America as a result has been largely shifting to a monoculture corn basket, necessitating heavy pesticide use.

Crop and livestock diversity on traditional farms used to naturally provide a ‘checks and balance’ system. But now that massive sections of the country are devoted to one golden crop, usually without an animal in sight to provide natural fertilizer and take care of pests, synthetic fertilizers and chemical pesticides are the norm.

Do residues of these chemicals make it onto our plates? Unfortunately yes. 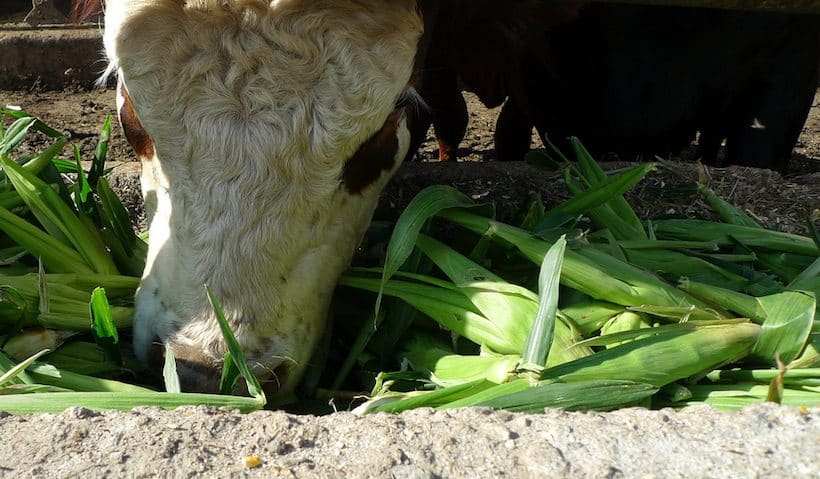 Cows’ stomachs are naturally pH neutral, so corn diets create an acidic environment that leads to a range of health problems such as ulcers, bloating, diarrhea, liver disease, and a weakened immune system. 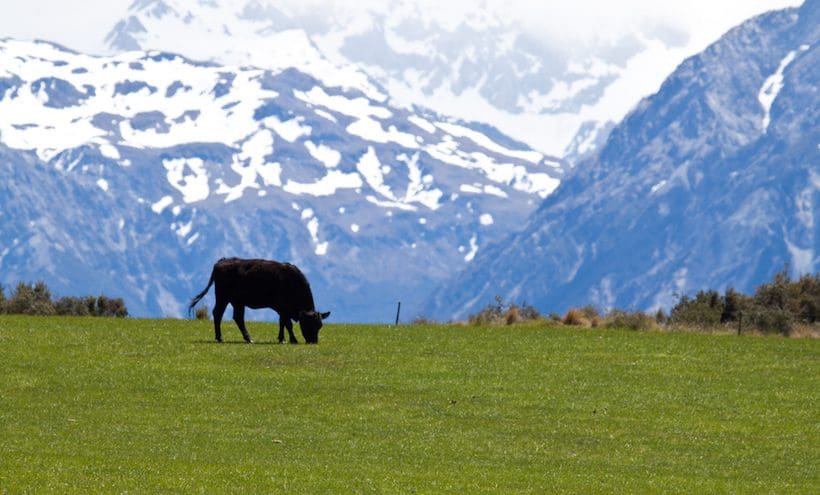 The Case For Grass Fed

If you’ve made it this far, you may be starting to wonder about alternatives to ‘industrial beef’. Well I just did a quick google search for ‘grass fed beef’ and ‘free range beef’. I was happy to see all sorts of local farms popping up offering nice, clean traditionally grown meats.

I quickly learned that grass-fed cattle are leaner than feedlot cows. They lack marbling (a nice marketing euphemism for fat), which lowers the fat and caloric content of the meat. Grass-fed cows also contain more conjugated linoleic acid (CLA) and the omega-3 fatty acids (5) which help your cardiac health and cholesterol levels.

I braced myself for the inevitable price difference, because how could a traditional cattle farmer compete with factory corn fed, hormone injected super sized Frankencows?

By Cow Pooling – that’s how! That’s right – several farms, knowing that they are competing against big business, give the option to invest in a portion of a cow. I was given the option to order a 16th of a cow! which would bring down my price per pound considerably.

So I’ve decided that yes, life is in fact too short to drink bad wine – or eat anatomically altered animals. For the sake of health I have decided to pay more for quality – and reduce the quantity, which will balance out the extra cost for natural beef.

After all, I don’t really need to eat 3 times the amount of meat my grandparents did, do I? Plus, my doctor says it’s a choice my arteries will love.

[ Editor Note: Modern industrial farming has changed not only the composition of cows, but other foods too. Mineral levels are not what they once were, leaving many people needlessly deficient. AlgaeCal Plus, however is an affordable, safe and natural way to make up for the shortfall. And it’s the only plant-based calcium product in the world clinically supported to increase bone density… AlgaeCal.com ]