There seems to be an accepted prevailing attitude that disease is something that just happens to you. That it is a random, luck-of-the-draw kind of thing we are struck with, just by complete chance.

However, more and more research is supporting the belief that chronic diseases don’t strike arbitrarily, but are correlated with your diet and general lifestyle.

The risk for cancer and heart disease, which will be responsible for approximately 600 000 deaths each in the U.S. this year, is partly affected by dietary choices according to studies.

And sugar, particularly the ubiquitous High Fructose Corn Syrup (HFCS) is implicated as a main driver in the development of both of these diseases – but more on that later…

If disease is preventable then this is great news, because it puts you in charge. We all know it’s true of say, automobiles – if you treat a car well, change the oil regularly and do regular maintenance you will get a longer life from it.

Yet we conveniently, and fatalistically think, regarding our bodies ‘if your number’s on the wall then…’

I say conveniently because many of the health habits we know we should adopt we don’t, because it takes work. It’s much more convenient to not lift weights for example. Same for refraining from the most unhealthy foods. Avoiding temptation is an inconvenient workout!

So we convince ourselves that it doesn’t really matter what we put in our mouth, or if we exercise, because we have chosen to believe that disease strikes everyone equally.

Then we indulge in confirmation bias to support our rationale: “lookit ol’ Uncle Phil – exercised his whole life – then died at 50 from a stroke!’. To add to the case we build to fool ourselves, we throw in a “and don’t forget about Aunt Liz – she smoked and drank every day ‘til her 90th birthday.”

What we usually fail to acknowledge however is that both Uncle Phil and Aunt Liz are exceptions. And as my Pa once told me – when I tried to defend a bad report card, by aligning myself with another scholastic underachiever, Thomas Edison…

“The exception proves the rule!”

To Spot the Fire, Look For Smoke

If trying to understand why disease rates have gone haywire within the last few generations it would make sense to search for big changes we made back then, to either the environment, or our lifestyles.

It’s definitely a multi-variable equation, but one of the variables that dramatically changed was our sugar consumption. It began partially once saturated fats were named as the cause of heart disease about 60 years ago.

Kick started by this paper, low fat foods became the order of the day. But they were hardly palatable without tasty fat, so sugar was added liberally. However, we built a tolerance for sweetness, making manufacturers add more, so that we picked their product over the rest. And voila – the sugar wars began. 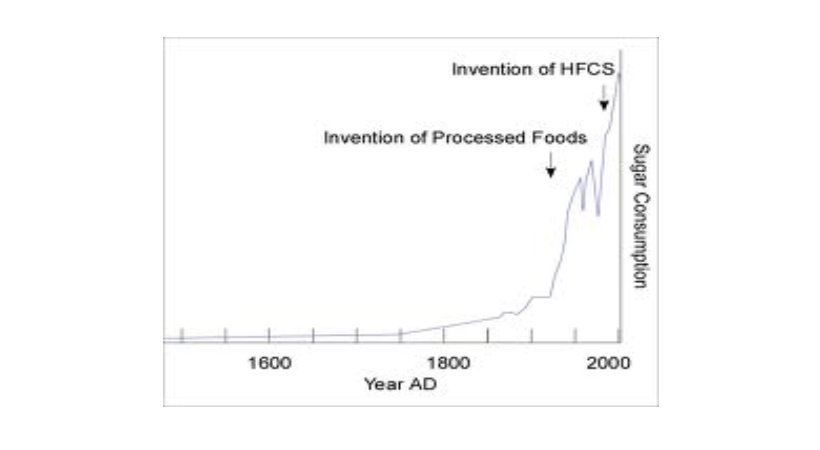 The evidence showing the effects of our extreme sugar consumption is piling up:

According to recent research, 23,000 postmenopausal women were studied for 14 years to see the effect of excessive soda consumption… (2) The results turned up that they put themselves at significantly higher risk for endometrial cancer which affects the lining of a woman’s uterus and is estrogen-dependent.

Did they all drink the exact same amount? No. But those who drank the most increased their risk for endometrial cancer – by 78 percent! And the data confirmed what you might think – that the more soda they drank, the more the risk went up.

Science suggests what is going on: cancer cells use fructose to proliferate. But glucose does not encourage cancer cells to prosper and flourish nearly to the same degree.

Some institutions (such as the Canadian Cancer Society) disagrees that sugar feeds cancer cells. Yet they acknowledge that sugar is an accomplice of sorts because it starts a domino effect that can result in various cancers:

“Eating lots of foods that have sugar added means you are more likely to put on weight. Research shows that being overweight or obese increases your risk of cancer. Being obese may cause changes in hormone levels. Changes to sex hormones or insulin might increase the risk of developing breast, colon or uterine cancer.”

Exercising regularly, maintaining a healthy weight, eating a plant-based diet, substituting refined sugars and white flour with whole grains and other unprocessed carbohydrates will all help to keep insulin levels in check. Most of the latest evidence agrees that this will reduce your risk of heart disease and cancers.