Vitamin D is important for fracture prevention in a couple of respects. First, it improves muscle strength in the lower extremities and lowers risks of falling. Second, it improves bone strength, and therefore lowers your risk of having a fracture, should you fall.

We get Vitamin D from a couple of sources; the most important source is sun exposure. Sun exposure to the skin increases the body’s production of Vitamin D. The other way we get it is through either the diet or through supplementation. The diet is not rich in Vitamin D. Vitamin D is present in salmon and other oily fish, there’s a little bit in egg yolk, but by and large, most people without daily sunshine exposure will need supplementation.

The amount of Vitamin D needed to become sufficient by the average individual who is not spending a lot of time in the sun is around 800 to 1,000 international units per day. That would bring a group average value up to the desired target level of 25-hydroxy Vitamin D of 75 nanomoles per liter. That is equivalent to 30 nanograms per mL.

The amount of Vitamin D that’s produced in the skin in response to sun exposure varies a lot with the color of the skin. Very dark skin is going to make much less Vitamin D than very light-colored skin. Other conditions that affect how sun exposure works is the level of smog, for instance, or the thickness of the ozone layer, the latitude, the altitude. The presence of suntan lotions actually block Vitamin D production. If an individual is light-skinned and out in the middle of the day during the summer, exposure of about 10% of their skin surface per day will provide adequate Vitamin D levels. For a very dark-skinned individual, 30 to 35 minutes is needed instead of 10 minutes.

A number of segments of the global population are at especially high risk of Vitamin D deficiency. These include people, again, with very dark skin, people who are homebound or institutionalized, people with osteoporosis, people who have malabsorption of fat, and that includes Vitamin D; then people who may be out in the sun but who are wearing sunscreens and clothing that covers their skin. These are examples of high risk groups.

The IOF, this very day, has released a position statement that addresses the subjects that I’ve just discussed. It recommends that people target a Vitamin D level of 75 nanograms per mL, and it points out who the high-risk groups are. We hope that this will make a contribution in helping to correct the very broad based Vitamin D deficiency that exists globally, specifically 80% of adults in the Middle East, and even larger numbers of those in Southeast Asia are known to be insufficient or deficient. 60% of
the population in Europe and the United States is in that same situation. This is globally, a very widespread problem. 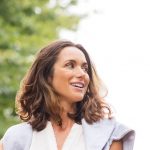 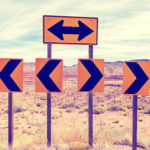