The promising results of numerous animal studies have now been confirmed in humans: the omega-3 essential fatty acids, EPA and DHA, help improve fertility and may extend a woman’s healthy reproductive lifespan!

FSH is a hormone secreted by the pituitary gland that stimulates the growth of immature follicles in the ovary. In the first stage of follicles’ development into potential eggs, FSH is a major survival factor, rescuing the tiny developing follicles from apoptosis (programmed cell death).
FSH peaks at about Day 3 of a woman’s menstrual cycle (Day 1 is the first day of menstrual flow). After Day 3, the small follicles whose growth was stimulated by FSH begin producing a compound called Inhibin B, which prevents further FSH secretion and causes FSH blood levels to drop. This drop in FSH levels is critical. It allows only the best developed, healthiest follicle to proceed on to ovulation.

As a woman nears perimenopause, the number of small follicles that begin to develop in each menstrual cycle decreases. As a result, insufficient Inhibin B is produced to fully lower FSH, and blood levels of FSH begin to rise. Eventually, the FSH level becomes so high that a woman’s body shuts down FSH receptors. By the end of menopause, any remaining small follicles no longer have FSH receptors, so they do not even begin to develop. For these reasons, an elevated blood level of FSH is a well-known marker of dropping fertility and ovarian aging.

The exciting news from the study just published in the November 2015 issue of the Journal of Endocrinology and Metabolism is that supplementing with EPA/DHA for just 2 months consistently reduced average and peak blood levels of FSH by 17% in normal weight women. FSH levels had not yet dropped in obese women by the end of the 2 month trial, but their blood levels of key inflammatory signaling molecules, the pro-inflammatory cytokines IL-1 and TNF-alpha (which also contribute to infertility through mechanisms explained next) had already dropped significantly.

An oocyte is an immature egg cell. Animal studies have demonstrated that, as we age, our oocytes’ ability to produce the energy they require to develop into full-fledged, healthy eggs diminishes.

Poor oocyte mitochondrial energy production is thought to be due, in significant part, to an imbalance between the amount of free radicals produced within these cells and their anti-oxidant resources– a condition called “oxidative stress”. Free radicals (oxidants) that are not quickly rendered harmless damage the oocyte’s mitochondria, so it can no longer produce the energy it needs to develop into a mature egg cell. You know what this is like: too many challenges to deal with stress a woman – including her oocytes – out!

A large study of assisted reproduction in humans has demonstrated that inferior pregnancy rates in obese women are normalized when oocytes from normal weight donors are transferred into obese recipients. This suggests that lowered oocyte quality is an important link between difficulties in conceiving and pregnancy complications, particularly in obese women. [2]

This latest study was a small one, involving 12 normal weight and 15 obese menstruating women, ages 28-34, but this new study definitely confirmed the effects of the many animal studies and the large assisted reproduction study just mentioned.

What The Study Looked At 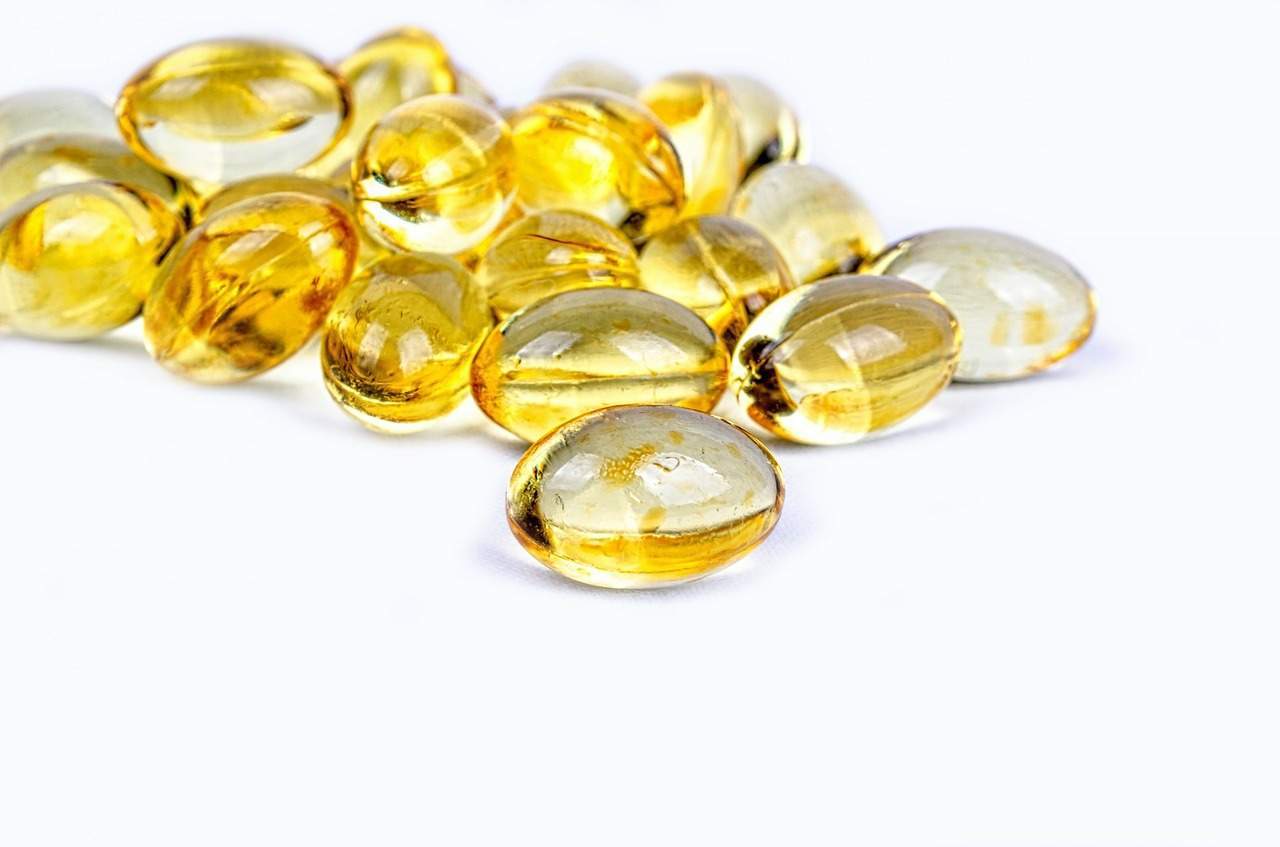 Starting with Day 1 of their next menstrual cycle after baseline (when the study began), the women were instructed to take 4 capsules daily of a pharmaceutical EPA/DHA supplement providing—per capsule—approximately  465 milligrams of EPA and 375 milligrams of DHA in the form of ethyl esters.

In other words, the women were taking a total of 1,860 mg of ethyl ester EPA and 1,500 milligrams of ethyl ester DHA daily. They continued to do this for 2 menstrual cycles. At baseline, after approximately one month of taking the EPA/DHA supplement daily and again at the end of the two-month study, all the women underwent an 8-hour, every 10 minutes blood sampling session.

What happened after 2 months’ supplementation with ethyl ester EPA/DHA?

Why emphasize that the supplement used provided EPA/DHA in ethyl ester form?

Because the ethyl ester form is not nearly as effective as the natural triglyceride form in which EPA/DHA are found, naturally, in fish. [3]

This allows manufacturers of supplements to double or triple the levels of EPA and DHA in excess of what natural fish oils provide, and, since ethyl ester EPA and DHA are “new-to-nature compounds,” to patent their products.

Consuming a supplement providing natural triglycerides is the closest to getting your omega-3s from eating omega-3-rich fish. Studies on the absorption of the various types of fish oil indicate that the natural triglyceride form is far better absorbed than the ethyl ester form.

Ethyl esters are much harder to digest.

When ethyl ester-forms of EPA and DHA are consumed, your body has to convert them back to their natural triglyceride form for them to be usable. Our bodies are able to do this through a process called glycerolysis, which removes the ethanol molecule and re-esterifies the EPA and DHA fatty acids back to a glycerol backbone, giving us back the natural, usable triglyceride form.

But this process isn’t easy. Digestion of ethyl esters is difficult because our digestive enzymes, such as pancreatic lipase, are programmed to hydrolyse – or break away — fatty acids from what should be present naturally – a glycerol backbone.

Studies have supported this since 1988. When Lawson and Hughes showed that 1 gram of EPA and 0.67 grams of DHA as natural triglycerides were absorbed 3.4- and 2.7-fold better (which means 340% and 270% better) than ethyl ester triglycerides. [4]

A more recent study, conducted in 2010, found that EPA/DHA bioavailability from ethyl esters was greatly inferior. 73% lower, compared to that from natural triglycerides. [5]

So, the fact that the women in this study still benefited from ethyl ester EPA/DHA is quite significant. Could you imagine the benefits they would have received if they had been taking their EPA/DHA in its natural triglyceride form?

The Benefits of Taking EPA/DHA in its Natural Triglyceride Form

For example: if the women in this study had been taking Triple Power Omega 3 Fish Oil, which provides 750 mg natural t 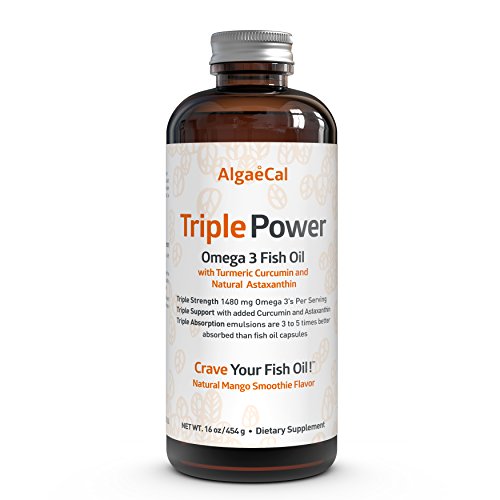 Furthermore, the cost would be less.

In addition, unlike the supplement used in this study, which provided only EPA/DHA, Triple Power would also be providing curcumin and astaxanthin, both of which also strongly inhibit the production of pro-inflammatory cytokines, including IL-1 and TNF-alpha.[6]

Are You Having Difficulty with Your Fertility?

If you are having difficulty conceiving, consider running an Omega-3 Index Test.

Your results will let you know if a lack of EPA/DHA may be one reason why. Should your omega-3 (EPA/DHA) levels be low, supplementing with 2 tablespoons daily of Triple Power Omega 3 Fish Oil may improve your ability to become pregnant. And once you are pregnant, the DHA this supplement provides will greatly support your baby’s optimal brain development. [7]