Omega 3 fatty acids receive a lot of media attention and rightly so.

Fish oil offers many health benefits and these benefits have been attributed to EPA and DHA, two specific types of omega 3s. Since these nutrients were first discovered in the 1950s, an incredible amount of research has been conducted.

Pubmed lists 23,466 studies on “omega 3 fatty acids”. Yet it’s only recently that the specific actions of EPA and DHA, individually, have been understood!

So what are they?

EPA and DHA are long-chain omega 3 fatty acids. They’re also essential, meaning we don’t make them on our own and need to get them through diet or supplementation.

Docosahexaenoic acid (DHA) plays a crucial role in the healthy brain development and brain function. While eicosapentaenoic acid (EPA) helps to resolve the inflammatory processes in your body. It is also associated with many protective actions in your our cardiovascular system. ¹

But fish oil is not the only source of EPA and DHA, krill oil is also emerging as an alternative omega 3 supplement.

One comes from shellfish. And the other comes from, well, just fish.

But the difference can be critical to your health. Let’s check out the benefits of fish oil vs. krill oil.

Want to share this on your blog? - Copy and paste the code below.

The Benefits of Fish Oil vs. Krill Oil

A lot of folks ask whether krill oil is healthier or better absorbed in the body than regular fish oil.

Fair questions. And while both are good for us, one is clearly better. Please read on, as we’ll share the surprising benefits of fish oil vs. krill oil and how to get more of the better one in a way that you’ll love!

Krill are tiny shrimp-like crustaceans floating in the ocean. They feed on phytoplankton and are integral in the aquatic food chain as they are food for literally hundreds of different animals. From birds to fish…even whales!²

They also contain the omega 3 fatty acids EPA and DHA, so it’s worth considering for your diet.

Now, much research still needs to be done on krill oil, but the following advantages have been hypothesized and have merit:

Krill are naturally rich in a powerful antioxidant called astaxanthin. As you probably know, antioxidants are strong defenders of your cells, inhibiting free radicals and other harmful oxidative enemies. (And astaxanthin is one of the strongest antioxidants!)

This protection has been linked to effectively treating a host of health issues– not least of which is inflammation and its damaging effects throughout the body.⁴

Krill oil does contain astaxanthin so it’s a slight win, although only a tiny bit. In fact, most supplements add algae astaxanthin to their formulation – while some may not even add extra! So what you’re left with is little antioxidant benefit.

Despite the research, there are no current recommendations for dosing. Although on average, experts recommend 2 to 4 mg of astaxanthin per day for its benefits. We’ll reveal how you can get a significant dose, easily, later on…

Krill happens to be the largest biomass on earth– there’s no creature with greater total weight than it (170-740 million tons).⁵

But that could change…recent studies cited by National Geographic suggests that the Antarctic krill stock may have dropped up to 80 percent since the 1970s. Researchers attribute this to climate change and new fishing technologies.²

In fact, the PEW Environmental Group has openly criticized the Marine Stewardship Council (MSC), which certified Antarctic krill. (Having an MSC label implies that the product is sustainable and does not threaten local ecosystems)

“The certification gives the false impression that the entire fishery for Antarctic krill is sustainable when in reality it is not,” says PEW.

While this is another point of contention from the fish oil side, there is a 2014 study showing Antarctic krill oils had “intermediate” levels of POPs (persistent organic pollutants) compared to their counterparts.⁷ POPs are difficult to break down and have potential impacts on human health and the environment.

Now let’s look at the benefits of fish oil:

Fish oil contains both essential omega-3 fatty acids (we shorten their names to EPA and DHA) in greater amounts.

And if there’s anything we’ve learned about omega-3 in particular, it’s that it supports both mental and physical health to the extreme! And it’s necessary to have more of these, in clinical doses, than less.

Left at room temperature before bottling, fish oil will decompose between 48-72 hours. That number for krill oil? 2-3 hours.

That means there’s less time to derive the health benefits from krill oil, all things being equal. This is a “double-whammy”, as the decomposition also has to do with a significantly inferior amount of good fat in krill oil.

Fish oil has been studied in-depth for many years (since the 1950s!). There is no shortage of scientific research on it, as a quick look on scientific journal search engines like PubMed will reveal. (27,311 fish oil articles vs. 133 for krill oil as of January 18, 2017!) .

From cardiovascular to gut, and from joints to brain, there are only a few ailments fish oil hasn’t been positively associated with beneficially treating!

But if you need even more convincing, we’ve pulled the research for the following common conditions to see which is most backed in terms of research, krill oil or fish oil….

Chronic Inflammation: EPA and DHA have anti-inflammatory effects and play a role in oxidative stress.⁹ This works to improve cellular function through changes in gene expressions.

When it comes to the research, there have been a number of clinical trials assessing the benefits of fish oil supplementation for several inflammatory and autoimmune diseases such as Crohn’s disease, rheumatoid arthritis, multiple sclerosis and migraine headaches. Which in turn, has also decrease the use of anti-inflammatory drugs in participants.9

While some studies have been conducted on the inflammatory markers of krill oil, there is still need for more human studies to clearly explain these effects and how they differ from regular fish oil intake.10

Little is still known on the efficacy that krill oil has on brain function.

Bone Health: Omega 3s may protect you from bone loss, sarcopenia, and obesity. Studies have shown that a higher dietary omega-3 to omega-6 fatty acid ratio is associated with benefits to your bone health (when using omega-3s from fish and fish oils).12  Little is known as to whether the same can be said for krill oil.

All in all, while krill oil studies are starting to emerge, there are some issues… 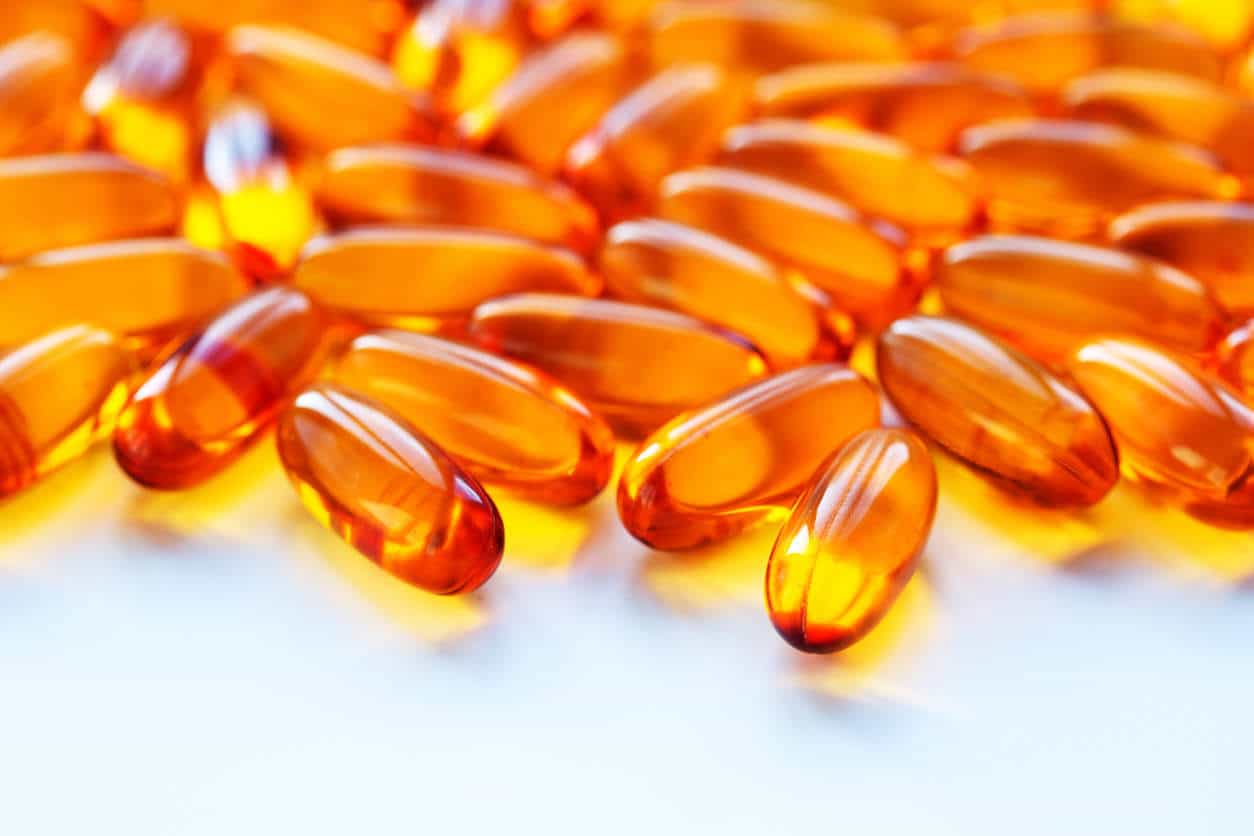 Have you ever noticed that research comparing krill oil and fish oil always seem to find krill oil as being superior?

It’s important to discuss this, and the fact that the bulk of published krill oil studies do contain skewed results.13,14,15Unfortunately, these studies may be subject to publication bias to see more krill oil supplements.

But when we look closer at these studies, we can see the flaws.

A study published in Lipids in Health and Disease compared krill and fish oil performance in 24 healthy volunteers.13 The authors concluded that krill oil was more effective than fish oil over three criteria:

A commentary on this study published in PubMed found that the conclusions were not justified and misleading. Additionally, the average reader was unable to differentiate that the fish oil used in comparison to krill oil in the study wasn’t even a typical fish oil.  (They used fish oil that contained 32% linoleic acid, which is a polyunsaturated omega 6 fatty acid.)

Other comparative studies showed more of the same regarding the quality of the fish oil used. The studies and their researchers would use substandard amounts of fish oil in comparison to krill oil to alter results.

But when it comes to fish oil, which is mentioned above, there are thousands of published research articles showing its benefits, safety, and efficacy.

The research on krill oil just isn’t there yet, but hopefully in the future it will be. Then we can really compare the two.

If you do decide to supplement with either – how much should you be taking?

Fish oil dosing varies depending on the goal of supplementation (condition). For general health, the American Heart Association recommends 1g per day.16

According to WebMD, the following doses have been used for:17

Supplementation of krill oil tends to be in the range of 1-3 grams per day. This is what has been used in clinical trials, although there are no formal standards for krill oil dosing at the moment.18

So as you can see fish oil vs. krill oil dosage isn’t cut and dry.

There’s nothing “wrong” with either of these two fatty acid sources. But when you add it all up, I’d have to say the one with better overall health benefits is…

The volumes of scientific research behind it, the sheer amount of powerful omega-3 fatty acids, and its more potent, resilient properties make it a smarter choice.

I’ll also award it “bonus points” for its natural history with us humans. We didn’t evolve and supplement our diets with krill. Rather, it was through fish and other meats!

Also, fish oil is generally fine to take for those with shellfish allergies, while krill oil is not. However, you should always consult your doctor first before consuming either!

But There’s a Few Problems…

Of course, if you’re like most people, the thought of taking fish or krill oil isn’t pleasant.

Those cringeworthy pills and- sorry to say it- “fishy burps” aren’t too appetizing.

What’s more, it’s hard to say if either will give you the right amount of the crucial fatty acids (DHA and EPA). That’s because you don’t know how stable (old) the oil is in the capsule!

So is there a better way to get your omega fatty acids… and enjoy nearly all the advantages of krill oil and fish oil in one simple source?

Yes. Yes there is.

It has all the benefits of fish oil you read above, PLUS many of the perks of krill oil.

For instance, Triple Power has additional natural antioxidants. One is turmeric curcumin— an ancient “healing spice,” associated with treating more ailments than even fish oil itself!

From bones to liver and joints to brain- and pretty much anything else you can name- turmeric curcumin has potent healing properties.

The second antioxidant in Triple Power Omega-3 Fish Oil is the same one in krill oil we discussed: astaxanthin. In a significant 3 mg per serving dose.

So imagine the healthy kick you’ll get when you take your Triple Power fish oil with these antioxidants included!

“Sure, but it’s still in pill form, right?” Well, I’m happy to say that isn’t correct.

That’s our delicious twist on fish oil. Triple Power is actually a naturally mango-flavored emulsion. You can take it right off the spoon. Put it in your smoothie. Heck, even put it on your ice cream.

And because it’s an emulsion, it’s even better absorbed than both fish and krill oil “straight up”.

In fact, about 300% better absorbed per our records!

What’s more, the amount of DHA and EPA fatty acids in Triple Power is greater than nearly anything you’ll find on retail shelves!

Many fish oils only contain about 300 mg of combined DHA and EPA per capsule. But Triple Power? Try 1,200 mg!

All that vital nutrient on just one tasty tablespoon!

To get the same amount of DHA and EPA from your average brand of fish oil, you’d need to choke down 4 pills per day!

I don’t know about you, but the choice is easy for me.

You can read more on what people are saying about Triple Power Omega-3 Fish Oil right here.

Take the best of both worlds and get Triple Power. Enjoy it in a delicious mango form sure to please kids, parents… and grandparents!