With the weather turning and the leaves changing it means it’s officially soup season!

This fall, the AlgaeCal Kitchen brings you a simple and delicious 8-ingredient broccoli and spinach soup recipe. We wanted to make it easy to whip up a warming soup with as little ingredients as possible, without compromising taste! After a few tweaks, we think we’ve got it.

The two main standouts in this recipe are broccoli and spinach. Broccoli is one of the most popular cruciferous vegetables and is enjoyed worldwide in many cuisines. Research has shown that a diet rich in broccoli can play a role in the prevention of chronic diseases such as breast cancer, prostate cancer, and cardiovascular disease. Plus, broccoli is rich in calcium vitamin K, C, chromium, folate, and fiber!

Spinach is a calcium-rich food that also boasts vitamin K, vitamin A, manganese, folate, and magnesium. Research has shown it can help manage elevated blood pressure, decrease oxidative stress, and improve eye health. Together, along with leeks and parsley they give this recipe a beautiful, vibrant green color.

While this recipe has only a handful of ingredients, it does not lack in bone-building nutrients.

So check out the video below to see exactly how it’s done!

Try this broccoli and spinach soup alongside grilled sandwiches or a simple salad!

And, if you want to add a little kick, the following are some exciting add-ons: 3 tbsp. nutritional yeast (for a cheesy, vegan taste), 1 tsp. paprika (for an extra flavor dimension) and 1 fresh lemon, juiced (for an excellent source of vitamin C and immune booster).

*Swapping your veggie broth with low-sodium veggie broth will reduce the amount of sodium per serving. Also, bone broth (which will no longer make it vegan) is an excellent substitute as it's low in sodium and will provide other bone-building minerals. 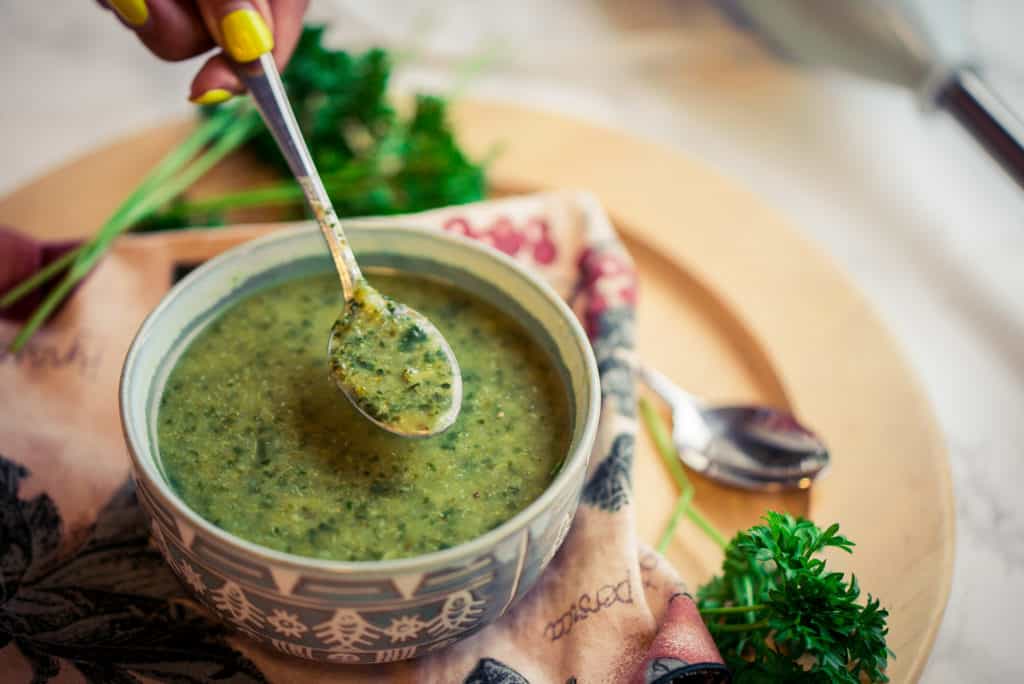 Do you have a fall soup recipe that you turn to every year? Let us know in the comments below!

Spinach (and also collard greens, rhubarb, beet greens and some beans) is high in calcium but also in oxalic acid. Oxalic acid binds calcium in the intestins so it can no longer be absorbed by the blood and get into the bones. Or do you have a different view on this matter?

Yes, we have a dedicated post on this topic that you can read here: https://www.algaecal.com/expert-insights/oxalic-acid/. Simply put, most individuals do not need to limit their intake of these types of foods – explained further in the post linked.

Thank you for the recipe. I have been looking for more ways to add more calcium to my diet and this will fit the bill! 🙂

Thank you Monica , will definitely give this one a go. Sounds great.

I just made this soup and it is outstanding!! I put in a little garlic powder simply because I love garlic.
Thank you for a great recipe.

You’re welcome! So wonderful to hear this recipe was a hit. Garlic powder is a great choice :).
– Monica

Sounds yummy, you can not go wrong with broccoli AND spinach! Definitely will try this recipe.
Thank you for sharing .

Use Bone Broth which has vert low sodium and adds protein to the soup.

That sounds like a great swap! Thanks for mentioning that. I’ll update the post to add that as an option 🙂

Love all the ingredients, but what do you think about subbing the potato with cauliflower? If so, how much would you recommend? I also use organic low sodium veg broth.

I love cauliflower and think that would be a delicious and nutrient-dense substitute. I’d suggest adding half a small cauliflower (chopped) in place of the potato at first. Then if you find there’s room for more cauliflower, then you can definitely add it.

This recipe sounds yummy…….definitely will try it………..love broccoli and spinach. 🙂

This recipe sounds good. I might use a sweet potato instead of a russet potato for more nutrition.

Great swap, Sally. I’m sure that will be delicious!

Thank you for this delicious sounding recipe…I will be making it this week.
Really appreciate the recipes and other good information you send.

Thanks for the feedback. Good to hear you’re enjoying the recipes and info 🙂

Sounds delishes but way to much sodium.

I typically try to make my own veggie broth, in which case the sodium is much lower per serving. However, if you use store bought the sodium per serving will be similar to what I’ve shown in the nutrition information above. So yes, definitely something to keep in mind! 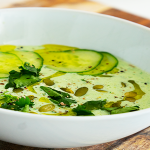 This recipe for Green Gazpacho is an easy way to pack in extra bone-building nutrients. Plus, it's super refreshing and takes only 15 minutes to make!
read more > 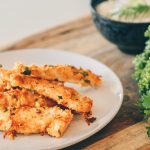 This fun and delicious recipe for crispy chicken fingers is filled with bone-healthy nutrients. So enjoy as a snack, appetizer, or main course!
read more >